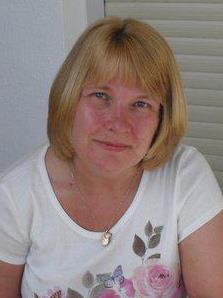 The PINK SOFA is thrilled to host lovely writer Jan Brigden as its FIRST guest of 2016. Jan is a member of the Romaniacs - a group of writers who support each other and the wider writing community. They all write fab books too. DO ask her how they got their name..it's an amusing story!

''Carol, thank you so much for inviting me in for a chat. I’ve long had a soft spot for the pink sofa (it’s comfy beyond belief!) and I’m thrilled to be your guest.  I’ve brought cake – naturally – so we can indulge in a wedge or three a bit later. If the triple-chocolate filling doesn’t melt in the meantime, of course…

Well, what a year it has been for me!

On Valentine’s Day,  I found out that my first novel ‘As Weekends Go’ had been shortlisted in the Choc Lit  and  Whole Story Audiobooks Search for a Star Competition , and a month after that, discovered I’d won! I can’t tell you how elated I felt upon signing my Choc Lit contract.  There had been times when I thought I’d never finish the book (mainly due to my endless tweaking and re-tweaking!)  so to know it was going to be published had me jumping around like a mad thing -  a truly brilliant feeling.

I’ve written for pleasure for as long as I can remember; short stories for classmates, odes for workmates, fun quizzes for family and friends. The idea for my  novel stemmed from a creative writing course assignment I completed a few years back via The Writers Bureau.  I had to create a tense scenario involving two characters only. I chose a  husband and his wife’s best friend. He’d  secretly invited her to his house on the pretence of discussing his wife’s surprise 30th birthday party. Instead, he confronted her about some gossip he’d heard regarding a recent weekend trip the two women had taken together. Which  afterwards begged the question in my mind: ‘Well, what did happen during that weekend?’  And so the story slowly evolved…

Not having any buddies or contacts in the literary world, at the time, I attended as many author talks and events as I could. I also connected with writers and readers on Facebook and Twitter, where I learned of and subsequently joined the Romantic Novelists' Association’s fantastic New Writers' Scheme. The critique I received for the early drafts of ‘As Weekends Go’ from my assigned reader was invaluable. This, coupled with the unwavering love and backing from my husband Dave (the man deserves a medal!) gave me the confidence that I could actually write and that my book had much promise. Music to a budding author’s ears, for sure!

I then formed an online writing/blogging group with seven of the most talented, supportive, encouraging ladies I’ve ever met, who became The Romaniacs. Last year we released a charity anthology 'Romaniac Shorts: Fashionably Brief’. We also very recently had the honour of receiving the RNA industry Media Award. RNA Industry Awards Such a proud moment for us all and very much appreciated. We even got a mention in The Bookseller.
And now, as the year draws to a close I’ve had the biggest thrill of all in proudly seeing Choc Lit  publish ‘As Weekends Go’.
Here’s the fab cover (designed by the equally fab Berni Stevens) and the blurb to give you a taster.
2015 will definitely be one calendar I’ll be keeping!'' 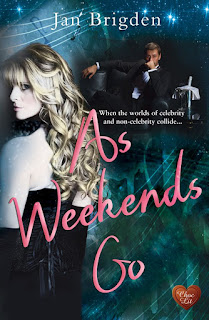 Blurb
What if your entire life changed in the space of a weekend?
When Rebecca’s friend Abi convinces her to get away from it all at the fabulous Hawksley Manor hotel in York, it seems too good to be true. Pampering and relaxation is just what Rebecca needs to distract herself from the creeping suspicion that her husband, Greg, is hiding something from her.
She never imagined that by the end of the weekend she would have dined with celebrities or danced the night away in exclusive clubs. Nor could she have predicted she would meet famous footballer, Alex Heath, or that he would be the one to show her that she deserved so much more …
But no matter how amazing a weekend is, it’s always back to reality come Monday morning – isn’t it?
As Weekends Go -  available on Amazon.co.uk
Amazon.com
Connect with me on Facebook  - Jan Brigden
And on Twitter  - @Briggy44  or @theromaniacs