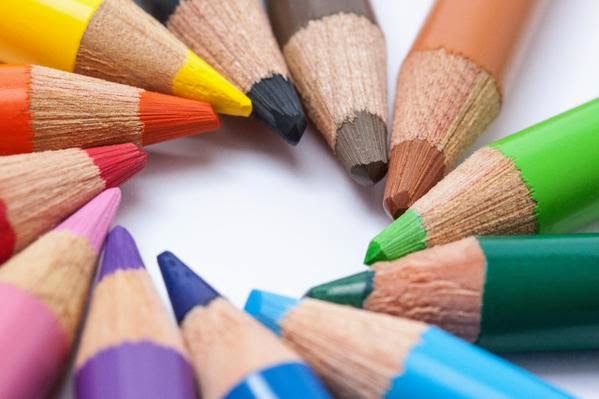 So here we are, almost the end of January, and I have probably spent my heating allowance at least 20 time over. The price of oil is supposed to be lower than at any time over the past few years, yet I am spending every penny I earn on keeping warm enough to earn the money to spend on keeping warm. Paradoxical world.

As writers, we are often asked (well, I am) how the creative process of writing a book happens. What I think people desperately want to hear is the apocryphal Enid Blyton response on the lines of: I just wander into my little writing place, and suddenly, all sorts of lovely characters and plots tiptoe through the mental bluebells straight into my mind fully formed, and all I have to do is write them down and hey presto! a book appears. In other words, writing is easy and you, interested interlocutor, could easily do it too.

Sorry, it doesn't work like that. At least not for this little duck. In another of these paradoxes, I find that creativity only occurs when disciplinary structures are applied. Rigorously. In other words, I have to make myself sit at the keyboard, regularly, and write. I can fantasize about the book all I want, imagine the amazing prose that I will write when I get round to it, but until my rear end and the chair are brought into contact, and remain in contact for long periods of time, nothing creative happens.

Sure, there are moments, and flashes of inspiration, when one stares at the screen, and wonders whether the Writing Fairy has just made a house call, but on the whole, these episodes only tend to emerge out of a period of just slogging away at the writing process. And I should know, having just topped 70 thousand words of the next Victorian novel, purely by dint of making myself sit down at the eMac every day and write it.

An article in the Guardian some time ago lifted the lid on how to be a successful author. No secret, sadly. A lot of labour and a bit of luck. Heavy on the former. As Wm Blake remarked: Without contraries is no progression. Ain't that the truth!
Posted by Carol Hedges at 00:14 19 comments:


So, it's farewell to the latest TV Wallander episodes, which confusingly featured a much younger version of the Diabetic 1, and hello to Spiral, fast moving and set in the grimier quartiers of Paris. The Nord-crime fest has been with us for so long that I now seriously believe I can actually speak Scandik ('tak ...alibi..') and I've almost stopped getting snagged up by the sub-titles, except where they are just plain daft.

There was a bit in the last series of The Bridge where Martin, the gloomy can't-keep-it-in-his-cargoes 'tec met up with his son.
Martin: Hi.
Son: Hi.
Subtitles: Hi....Hi.  Someone in the sub-title department was clearly having a laugh.

I don't know how you react, but I also find heartening to realise that there are countries where people exist in a sort of 24 hour low-level gloomy twilight, speak languages in which the consonants vastly outnumber the vowels, and spend all their lives killing each other or plotting political coups behind the scenes. Maybe that is why Annie, the heroine of my ebook Jigsaw Pieces, originates from one of the Scandi countries. I'm a closet gloomster with hidden psychotic tendencies.

I hold my hands up at this point and confess that of all the countries featured in the Nordic Noir dramas, I have a particular fondness for the Danes, because they have translated one of my books into Danish.  Rodt Flojl (the o's have little lines through them, can't work out how to do it, sorry) which is the Danish version of Red Velvet, one of my children's books, has been available in Danish bookshops since 2001.

Interestingly, Rodt Flojl, the translated version, is at least a third longer than its English counterpart Red Velvet. Don't know why. Complete mystery. Maybe I have more to say in Danish. Sadly, I also don't know what it is, but every now and then I receive a royalty cheque.
Tak.
Posted by Carol Hedges at 00:15 14 comments:

It has been indicated by several wiser, tho' not necessarily older friends that if I intend to maintain my successful presence on social media, I need to get myself up to date, gadget wise. Apart from the laptop, I also need the sort of mobile that does 'sent from my phone' stuff. As most of you know, I have a cheap Nokia rubbish phone, recently updated from the previous cheap Nokia rubbish phone when its back kept falling off and had to be held on by elastic bands.

So, ever eager to please, not to say gullible, I went recently to the XX shop (not sure whether I can advertise, so pretend you don't understand that last bit), and asked the 14 year old behind the counter whether I could Tweet and access my emails on my current mobile. Showed him mobile, and when he had stopped laughing, he pointed me to the sort of sleek, scary looking devices I should be using and proceeded to explain how they worked.

I stared at them for a while, making 'Uh-huh... mmm' noises indicating (erroneously) that I understood every word of his explanation. Do they not do subtitles for the bewildered in these places? He then told me how much one of these scary devices would set me back. At which point I left on the basis that I'd have to Tweet 24/7 to sell enough books to fund the purchase of it.

Interestingly, this also coincided with the internal school exam season - I work as an invigilator at a local secondary school. It's better paid than stacking shelves at Asda, and you get a nice green lanyard with your name on it and a card to activate the car park barrier, though sadly, my boss has not yet bought into the concept of a high-viz jacket with Invigilator on the back in raised studs. One of those, and I could do door work in the evenings. (''If I say you're not coming in, sir. Then you're not coming in. Do not mess with me. I'm an Invigilator.'')

Anyway, halfway through a recent exam, someone's mobile went off. Crime of huge magnitude. I took the box of collected mobiles outside, located the offender (a Blackberry, it was locked) and took it apart to make it stop. I was watched doing this by one of the ground staff. 'Look here,' I remarked, waving the offending item. 'A Year 11 with a Blackberry.'  He replied: 'You want to check out Lost Property; they've got a whole drawfull of them. Got some of those new iPhone 6 ones too  Kids just lose them, and their parents buy them another one.'

I am trying not to go down the logical pathway on this, because I am, at core, an honest person, but oh my, it is very tempting .....
Posted by Carol Hedges at 00:17 21 comments:

Another week, another of those 'stranger than fiction' events that dog my footsteps like a small persistent child in wellies. I'm walking to Tesco for the paper: it gets me away from the addictive lure of social media, and I encounter three old men (think extras out of 'Last of the Summer Wine') leaning on the parapet of Batford Bridge, putting the world to rights.

I join them, as you do if you're me. We stare at the River Lea sauntering under the bridge in an insouciant manner, and the shoals of tiny fish butting against the flows and eddies. There is a companionable silence. Then one of the oldsters remarks, 'Saw you in the paper the other week.' I concur. He did. I was. The local press ran a nice little puff for my new novel Honour & Obey, with some added extras about my writing life in general, and my campaign to save our green space.

'Didn't know you was a writer,' he continues. His two companions swivel round and study me narrowly. A pause. 'You don't look like a writer,' one of them observes cautiously. See, I bet that never happens to you. I bet you just rock up to wherever you're going, and everybody goes, 'Yup. Writer.'


Apropos of what a writer looks like, or is supposed to look like, I know there are many people on social media who deliberately choose pics that resemble their younger selves. Which must make for interesting times when they have to attend a function, or meet a fellow Twitter mate.

Mind, who am I to point the finger?
When I joined Twitter, I used my cover of Jigsaw Pieces as my avatar. A lot of writers do similar. I then acquired numerous young male followers who flirted with me. Fairly outrageously.

For a while I remained undecided whether to put them out of their misery, or just go with the flow. Eventually I gave in and replaced the cover with a picture that resembles the ''real me''. But it was with some reluctance, because it's quite nice to be thought of as youthful, with cheekbones you can hang off and attitude. And of course inside, that's exactly how I am!