A Bad Case of Mobile Madness 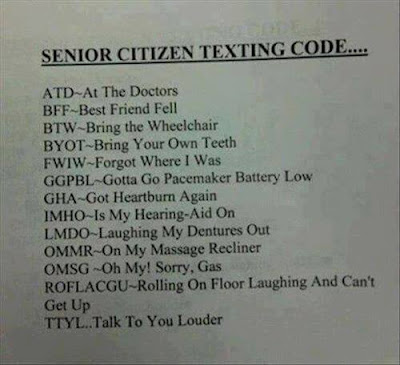 As many of you know, I have a tenuous relationship with technology. Actually, my level of competence is so low, you couldn't limbo under it. And so, at the back end of last year, the Other Grumpy Old Sod persuaded me to buy a Doro mobile, on the basis that it was advertised as ideal for the elderly and mentally incontinent, thus rendering it eminently suitable to my requirements.

The suggestion was made on the back of my previous three mobiles going wrong (the most technical I get upon these matters), plus the fact that every time I used his iPhone, a conversation ensued containing the phrase: 'Now what have you done?' And for a few months, it was good. Very good. And then last Bank Holiday Monday, I lost it at the garden centre.

In my defence, I was minding the 2 yr old and 4 yr old at the time while their mother was somewhere else buying plants, and before you roll your eyes, your options are extremely limited if you are standing in a pay-queue with a loaded tray and the grandchildren suddenly decided to re-enact The Great Escape. Unless you have taken the pre-precaution of tying them to you with strong cord. Which I had failed to do.

In the ensuing fracas, my mobile must've dropped out of my bag. It took me 24 hours to realise it was missing. A further day was spent scouring the house/daughter's house and car. I then used the landline to ring back places I'd visited, and lo! second call elicited the joyous news that the mobile had been handed in at the garden centre and it was in their safe. Safe.

You really want this to now end with 'and they all lived happily ever after', don't you? Sadly not. Between the loss of the phone and its subsequent return, something had happened to the relationship between it and the charger, which refused point blank to charge it. Thus, armed with charger and phone, I sallied forth to the EE phone shop once more, and explained to the 12 year old behind the counter that I had suffered another #phonefail.

After testing both items, it proved to be the charger that was at fault. Which didn't entirely surprise me, as it is plugged in by the gas hob and might, possibly, have got closer to a lit gas ring that it should've. The 12 year old then looked thoughtful, did some lip-pursing, and frowning, and told me that if I wanted to save £7, it would be actually cheaper to buy the rock bottom 'I wouldn't give a phone like that to my cat' mobile, as the charger that came with it was compatible with my phone.

So that is the reason why I am currently the possessor of two mobile phones, upping, at a stroke, my potential for #phonefail by 100%!  OK, in theory, I am in a better position, as I have a fallback phone. But don't hold your breath, is all I can advise.

Posted by Carol Hedges at 05:57 No comments: