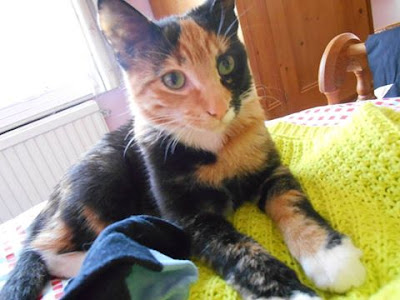 Every now and then Hedges Towers is invaded by mice. They come in from the cold, like in a John le Carre novel. Unlike in a John le Carre novel, they then find themselves face to face with a small tortoiseshell cat with a rodent fixation. They do not survive long. Unless I get out of bed at 3.35am in the morning and rescue them. Or as the cat thinks: join in the fun, but then selfishly take the small furry toy away.

I tracked their current invasion to under the kitchen sink. There is a square hole where the water pipes go out. After the last invasion I'd blocked it up, but fitting a new outside tap on the Summer meant it had been unblocked. I re-blocked and applied peppermint oil. Cat then spent two nights staring fixedly at the cupboard door, like a replica of that old HMV advert with a small dog and a wind-up gramophone - but this time with a cat and a cupboard.

Sadly, misfortunes like buses always arrive in pairs. I now discover that I must expend a shedload of money on new glasses.This is because our nice local optician told me on Friday that my reading glasses had basically 'had it' - I think she used some technical word, but the bottom line is, they can't bend them back into shape any more without the whole frame breaking apart. And the little nose thingies have split and cannot be replaced.

The frames I like: the ones where you only have actual bits at the sides, (I refuse to channel Irene Apfel) cost over £350 - I have an unerring knack of picking out the most expensive stuff. And the lenses - don't go there. Trouble is, no glasses, no writing life. Currently we are scrabbling around down the back of the sofa and tipping out the penny jar.

So, if anybody with a mouse problem wants to hire a small tortoiseshell cat - completely unreasonable rates, but mouse problem pretty well guaranteed to be solved, please apply. Elderly myopic writer needs new glasses to write blockbuster to pay for new glasses.
Posted by Carol Hedges at 00:59 4 comments:

Snippets from the Far Side of Sanity 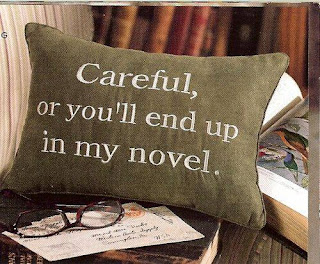 So that was Easter. Despite the usual plea to the other Grumpy Old Sod not to buy me an Easter egg, I got one. A large one. Resistance gave out on Sunday evening, when almost the whole lot was eaten. In one sitting. It was interesting, in a detached way, to then observe the effect of far too much sugar on a member of the zimmerati.

Be that as it may, sugar in excess makes me verbally aggressive, and  I managed to get into some great scraps on Twitter on Sunday night. An ability to spell abusive words would have helped. But you can't have everything in this life.

Monday morning, the scales told me I had overdone it. Since the cancer thing, I've been trying not to put on weight, but it's hard, on account of getting breathless far more than I used to, and finding exercise difficult as a result. Nevertheless. This was depressing, and I was so upset that I had to finish off the remaining chocolate to compensate.

However ironic this state of affairs may appear, it is NOTHING in comparison to the Brexit Blue Passport Debacle. For those who live in their own bubble: our beloved government has decided that when (if) we leave the EU, we MUST have our own British Blue passports, like we used to have in the good old days of Empire (only they were black, I still have mine from 1965).

The work was put out to tender, and a bid accepted. From an EU company, based in the EU which we are in theory, leaving next year so that we can 'take back control'. Oh how wonderful! Several of the madder patriots immediately fell over themselves justifying this on the grounds that the government was getting the best deal for the British taxpayer.

Sadly, the British company who lost the bid, doesn't agree, and is now suing the government. On what grounds, I cannot imagine ~ patriotism? Sore losers? Who knows. Whatever way you cut it, you get irony in your slice. Sometimes, you just couldn't make it up, could you?