There comes a time in the life of every Grumpy Old Sod when mortality turns up and smacks you in the face. It happened to this GOS last Thursday (11th October). I'd returned from protesting with fellow anti-Brexit campaigners outside Parliament (see pic). I decided to reward myself for my verbal prowess with some cider.

The supermarket, which shall be nameless coz I refuse to do product placement was on the other side of the road from the bus stop. I looked left. No traffic. The road was clear. I looked right ~ there was enough road between me and the oncoming queue of rush-hour cars to launch a bid for the opposite pavement, where the cider lived. I stepped into the road.

I remember the BANG.

Next thing I was lying in the road, with cars screeching to a halt all round me. They say just before you die in an accident, your whole life flashes in front of you. Mine didn't, so I decided I was going to survive. I had a go at levering myself off the road, dimly aware that all around me in the vertical world, people were on their phones, holding urgent conversations.

Which is where the kindness kicked in. A nurse (she'd phoned the ambulance) and a first responder (who'd phoned the police) happened be passing and had stopped to help. Having ascertained that nothing major was broken, I was gently lifted off the road and propped against a wall. The driver of the car that hit me appeared. It was an electric car. I hadn't heard it coming. We both apologised to each other.

A PCSO in a van arrived. I was placed inside to await developments. It was decided not lock me in the small back compartment where the naughty people go. The driver and I continued apologising to each other. While we waited for the 'official' police to arrive to take our statements, I enlightened him about Brexit, a topic he hadn't thought about much, though his dad was against it. He decided he agreed with his dad and me. Result!

The police came, blue-lighting merrily. We both made statements. It was suggested I should go to hospital to have the bump on my head and other bits checked. I declined. Having watched '24 Hours in A&E', I knew how the script played: you are brought in on a stretcher; you lie around for hours waiting to be seen; you lie around some more waiting to be X-rayed; you lie around even longer until they get the results; you are told nothing major has happened and are sent home with painkillers.

I decided to cut out the middle section and go for the 'home with painkillers' bit. The kind PCSO drove me back in his police van. I do not know what the neighbours thought. I am not sure what I think either. Maybe it is a warning not to let Brexit take over my life. Maybe a sign that I am slowly going, to use the technical jargon, completely gaga. But at least I am here. Though sadly, still without any cider. 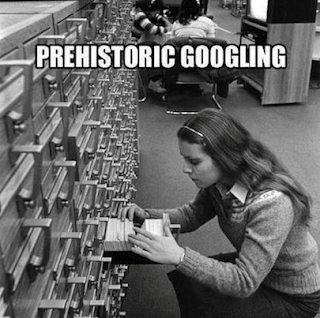 I first posted this blog a couple of years ago because I was so angry at the closures of public libraries, in particular several branch libraries in the London Borough of Brent, where I started my career. Now that this vile government has cut local government grant cuts to the bone and beyond, leading to more closures, I am still angry.

My first encounter with books was via the local library in Welwyn Garden City, my home town. Dumped in the children's library, age 4, I selected a book from the box (in those days all picture books had the same plain library covers). I opened it up and there was Orlando, the Marmalade Cat, his Dear Wife Grace and their three kittens, Pansy, Blanche and mischievous Tinkle.

Apart from starting my well known love of cats, it also started me on the path to reading, which led me, in time, to become a writer. My parents did not consider buying books for young children as a necessity, as many parents for a variety of reasons, still don't. Without the books I borrowed each week, my life would have been impoverished.

As I said at the outset, I started off my library career in the 1970's working for Brent Libraries, and knew all the six libraries that have been shut very well. Many served poor, ethnically diverse communities and were used by people who could not afford to buy books for themselves, or for their children. The staff were treated with the utmost respect by locals, who valued what we offered and what we represented. I vividly recall being beckoned to the front of a long queue in the local Caribbean greengrocer - the owner succinctly informing the rest of the line that: 'this is the Liberian lady - she got to get back to work!'

Here in Hertfordshire, our libraries have recently been 're-structured to meet the needs of the modern user'. As far as I can see, this means they shut at odd times, just when you want to borrow a pile of books, and far too much space is now given over to desks of computers, at which people sit and dicker all day. Mainly playing mindless games. Books? Nah, don't need them. Got to move with the times. Books are relegated to fewer and fewer shelves.

I find it hard to put into words how upset I was at the disclosure that Kensal Rise library had all its books carted off in the middle of the night by Brent Council workers. The furtive and underhand way in which this wicked deed - sorry, I find no other words to express it - took place, resonates with all those other occasions in the past when the banning, or burning of books has marked a civilization in crisis, or steep decline.

The playwright and novelist Michael Frayn has commented of the closure of Brent's Kensal Rise library:
''They took the books out and the plaque down? So the library is now an unlibrary, in the way that people became unpersons in the darkest days of the Soviet Union. I hope they took the titles of the books off as well. Removing unbooks from an unlibrary - who could possibly object?''