The Older the Better 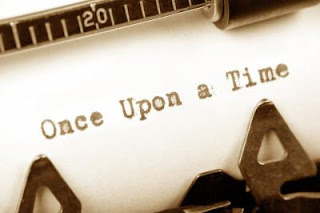 A thought-provoking week at Hedges Towers, which began with my best friend E having one of those encounters that keeps the iron of revolt firmly embedded in my soul. She was queuing at the checkout in Waitrose with her lovely young daughter, who has Downs. Because daughter does not do waiting patiently, E with permission from the understanding checkout staff, always gives her a small handful of those green counters to post in the Community Matters slots while she bags and pays.

She had just handed over the counters when one of the hard-faced women I refer to privately as Harpies (portmanteau word Harpenden + ladies) tapped her on the shoulder and informed her coldly that her child was only allowed ONE green counter. Now E is a Canadian with a tongue that could remove paint from walls, but as she said, 'It was holidays and the store was full of kids.'

So she took a deep breath, called daughter over, and proceeded to prize the green counters, one by one from her reluctant fingers. By the end of the exercise, daughter was sobbing, the queue had reached epic proportions, and Harpie was so red and rigid you could have used her to stop traffic. Sadly, this says all you need to know about my town and many of its older inhabitants.

Meanwhile closer to home, I decide BH needs a new aftershave as the one he wears is getting on my nerves. Ever mindful of the Estee Lauder Youth Dew Incident*, I wait until the weekend when he is around, to test drive products. (*This was the infamous Christmas present that I was given quite early on in our marriage, because a woman where he worked wore it and he thought it smelled very nice. On her, maybe. On me it smelled like week old cat litter. Money completely wasted but hey, a lesson usefully learned.)

Arriving at John Lewis on Saturday, I head straight for the 'Men's fragrances' a place BH dreads almost as much as a visit to the dentist - apparently it's the word 'fragrances' coupled with the scary ladies armed with bottles, fixed smiles and slightly more teeth than expected - and spend a happy time getting various strips of card sprayed before meeting BH outside the coffee place. Over coffee, I persuade him to sniff, smell and critique the various colognes. He says they all smell exactly the same and he doesn't like any of them. Just as well, as I'd forgotten which one was which anyway. And they all seem to cost a ridiculous amount of money in the first place.

So I have thrown the elderly bottle of aftershave away, leaving BH to smell of BH, which is actually quite nice for a change. See, that's another good thing about strolling gently towards one's dotage: there are so many things you no longer need: expensive cologne, eyelash curlers, mini hair-straighteners, eyebrow threading kits, waxing strips, designer sunglasses, hair extensions, false nails, fake tan and selfie sticks. The older I get, the more low maintenance I become. Nowadays I just that check I'm not in my slippers, can still remember my name and destination, and I'm good to go.