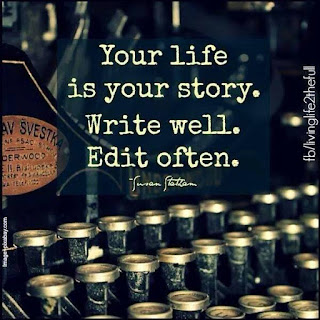 A difficult week at Hedges Towers.

The primary culprit was the fridge. It had been over-iceing for quite a long while, so that every time I opened the freezer compartment, I expected to find David Attenborough and a camera team filming the next series of Frozen Planet. On Saturday night, while watching Trapped, the fridge started making alarming noises best described as a rhythmical throbbing coupled with grinding its teeth. I applied the usual technical response ... kicking the door, which shut it up. Next morning, I discovered that it had shut up permanently and ice melt was occurring in its northern hemisphere.

So to John Lewis, where we discovered that they don't make small under the counter fridges with freezers in them any more. Or rarely. It seems that the 'modern' way now is to have a 'larder fridge' and a separate freezer. We don't understand this at all. Why on earth would anyone choose to have two gadgets? We don't want two fridges. We don't have space. We don't have a larder (take me to your larder...). Nor do we have room for the gigantic American-style fridge freezer keep-a-body-in-it units that seemed to be the main items on show. Eventually after much searching, we narrowed it down to a choice of one Zanussi model, which we bought. Hobson's choice.

Were that not disaster enough, the cheap why-did-I-buy-it Nokia phone suddenly went on strike and refused to pass on texts. Which I didn't know until a friend rang me to ask why I hadn't replied to one. Tried the usual method - turning it off and then on. Didn't respond. Finally levered the back off with a knife, took the whole thing apart and reinserted its bits. Phone wouldn't start as it insisted there was now no sim card. Even though there was, and I showed it the sim card to prove it.

So to the phone shop, where the kindergarten-aged assistant informed me accusingly that I had the wrong sim card. Thus apparently it was my fault. New card inserted, the other Grumpy Old Sod and I decided to test it, so he rang me and lo and behold the phone worked. Trouble was, we then got so engrossed in having a good moan that we ended up walking the length of the high street side by side ranting to each other on our phones. Must have looked very odd.

On Wednesday, the new fridge will arrive. We are crossing our fingers that it fits into the space under the counter. We did measure the space, but who knows, perhaps since then someone has redesigned centimetres to make them more ''modern'', so possibly it won't.

(I'm saving the Le Creuset coffee cups incident, the mice and the mislaid bus pass for another occasion. You can only handle so much.)
Posted by Carol Hedges at 05:46