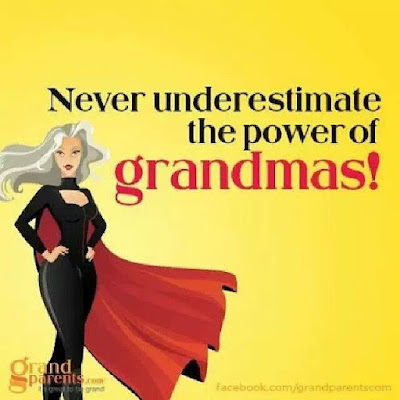 Little G has a new hobby: drawing on walls. She started doing it while visiting New York and personally, I blame MOMA for giving her the idea. Be that as it may, You must be mad is not happy, given that Little G is not Banksy, and she always manages to chose a colour that doesn't go with the rest of the room.

At the moment, she is being actively discouraged, though in the future, should she become a famous artist, we might all look back and wish we'd saved her juvenilia for posterity. Which brings me in a total non sequitur to the tricky subject of bribery, or as my friend Sheila, minder of Slightly Older Grandchild calls it: rewards.

Sheila uses rewards copiously because as she rightly points out, we are not here to waste our time arguing and negotiating and dealing with strops - that's the parental job. We have been down that path and now, in our old age, we are here for fun. Her rewards consist of packets of raisins or small apples - a cunning choice as they take a long time to eat.

I also use these, coupled with small packets of cheese biscuits and the odd chocolate penny to smooth our path through the day. It works well, though Little G is very canny about rewards and reminds me if one has been promised. With each reminder, the reward increases incrementally in size and importance.

Thus a casual mention in passing last week that some ice-cream might be forthcoming if all her lunch was eaten, rapidly developed from 'some ice cream' to 'I like ice cream' to 'I have ice cream for pudding' to 'it's ice cream day at Grandma's house tomorrow!'

In the end and as promised, she did indeed have some ice cream. And then complained that it was too cold to eat which sadly is a prime example of the triumph of experience over hope, and something one is never too young, nor too old, to learn.