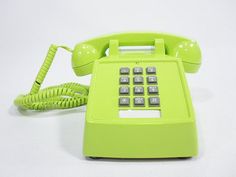 It has been indicated by several wiser, though not necessarily older friends that if I intend to maintain my successful presence on social media, I need to get myself up to date, gadget wise. Apart from the office laptop, less accessible now that the other Grumpy Old Sod is using it to job hunt, I also need the sort of mobile that does 'sent from my phone' stuff. As most of you know, I have a cheap Nokia rubbish phone, recently updated from the previous cheap Nokia rubbish phone when the back fell off and subsequently had to be held on by elastic bands.

So, ever eager to please, not to say gullible, I trekked to the XXX shop (not sure whether I can advertise, so pretend you don't understand that last bit), and asked the 14 year old behind the counter whether I could Tweet and access my emails on my current mobile. Showed him mobile, and when he had stopped laughing, he pointed me to the sort of sleek, scary looking devices I should be using and proceeded to explain how they worked. I stared at them for a while, making 'Uh-huh, mmm' noises indicating (erroneously) that I understood every word of his explanations. Then I left. Do they not do subtitles for the bewildered in these places?

Interestingly, this also coincided with the Year 11 Mock GCSE school exam season - I work as an invigilator at a rather affluent local secondary school. It's better paid than stacking shelves at Asda, and you get a nice green lanyard with your name on it and a card to activate the carpark barrier, though sadly, my boss has not yet bought into the concept of a high-viz jacket with Invigilator on the back in raised studs. One of those, and I could do door work in the evenings. ('If I say you're not coming in sir, then you're not coming in. Do not mess with me. I'm an Invigilator!')

Anyway, halfway through an exam, someone's mobile went off. Crime of huge magnitude. I took the box of collected mobiles outside, located the offender (an iPhone 6) and fiddled with it to make it stop. I was watched by one of the ground staff. 'Look,' I remarked, waving the offending item. 'A Year 11 with an iPhone 6.'  He replied : 'You want to check out Lost Property; they've got a whole draw full of them. Kids just lose them, and their parents buy them another one.'

I am trying not to go down the logical pathway on this because I am, at core, an honest person, but oh my, it is very tempting ......
Posted by Carol Hedges at 00:37