A Blog About Blogs 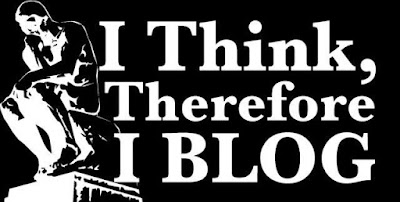 I see blogging has been in the cybernews again. Various bloggers have come out publicly and announced that they've abandoned theirs, as the effort and energy put into them doesn't seem worth it. Others have thrown their metaphorical hats into the ring and admitted that they have reduced their blog posts from regular to intermittent, and that they don't follow, read or comment upon other writers' blogs any more as they no longer have the time.

I posted my first blog on May 5th 2012, so obviously, I am not in no position to comment, but equally obviously, that has never stopped me in the past: I like blogs. I write this one, The Adventures of L-Plate Gran one, I host interesting guests on The Pink Sofa, and I read and comment on other blogs too.

A blog is a way of getting instant feedback and staying connected to the world beyond one's mentally enclosed writing space. For those who don't want to tackle a whole book, a blog is a satisfying outlet for their writing talents. For the marvellous poets whose blogs I read, I guess it is the only way to reach readers, as poetry is an even more restricted field than prose.

I also value the discipline of having to produce two complete pieces of writing nearly every week. As a procrastinator who, if they ever made it an Olympic sport, would be up there on the winner's rostrum, it is a good way to stay focused. And I freely confess that I have learned practically all of what I know about blogging and social media from reading other people's blogs.

Interestingly, several of my Yr 13 students have reported being told at University visits that a blog would be an asset to mention on their personal statements (Art and Design, and English and Creative Writing seem to be the courses that like them). Never happened before, and speaks volumes about the status blogging has achieved in the mainstream academic world. Students are also being asked to write blog posts on GCSE English Language papers too.

So I'm carrying on blogging. If for no other reason than it took me ages to lug The Pink Sofa up three flights of stairs to the tiny garret at the top of Hedges Towers, where I write. And I've just finished assembling the white birch coffee table, which I had to do in Swedish as they sent the wrong instructions. 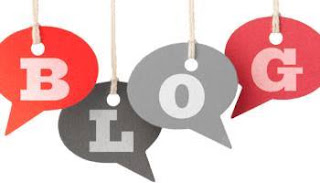 How about you, though? Blogphile, or blogphobe? Feel free to share your thoughts...
Posted by Carol Hedges at 00:31