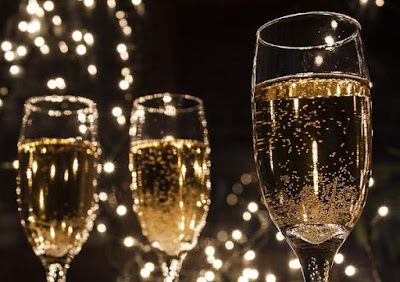 What is Christmas without a P*A*R*T*Y? So step inside the writing garret, gentle reader, and help yourself to a party hat, a handful of poppers and a tinsel wreath. This party is for all of you - 2015 has been a momentous year for many reasons, and it is time to celebrate!

Ah, you found the box of crackers. No, I don't know what Vampires sing on New Year's Eve..... ''Auld Fang's Syne''. Haha - love it. OK, while you're attacking the sausage rolls, grabbing a drink and introducing yourself to the other guests, I'll just run through some of the events that made this year so special for me. Please share your special events later.

In March I started minding Little G when her mother (my daughter) returned to work. We have had a lot of fun and adventures over the past ten months. And I started The Adventures of L-Plate Gran to tell you all about them. You can read the very first post HERE

The MOST popular blog post, with nearly 3 thousand views so far was this one.

The third Victorian Detectives book, Death & Dominion was published in October and has been on several eminent book bloggers' Best of 2015 Book Lists, including @terryTyler4 and @cathyRy

I'd also like to thank everybody who reads and comments on my blogs, and chats to me on Facebook and Twitter. You know who you are. I know who you are. In the dark times when staring at a blank computer screen and wondering why I have the effrontery to call myself a writer, YOU have encouraged and cheered me on. Especial affection for all my mad fellow #thearchers Tweetalong mates and my best friend +Lynn Gerrard who also celebrated this year by publishing her first volume of poems.

Ah - I see Ralph the Marvellous Performing Dog, Star of all my Facebook Book Launches and In His Own Write, has arrived with the music. And the staff have got a tray of lovely cocktails. Peter Wareing's all ready to recite us a Christmas poem and John Jackson is poised at the piano. So if someone would just like to push the PINK SOFA over against the wall, let the festivities begin!

A Very Happy Christmas to You All! 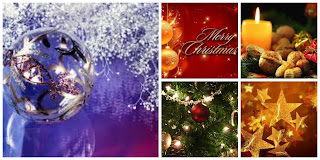