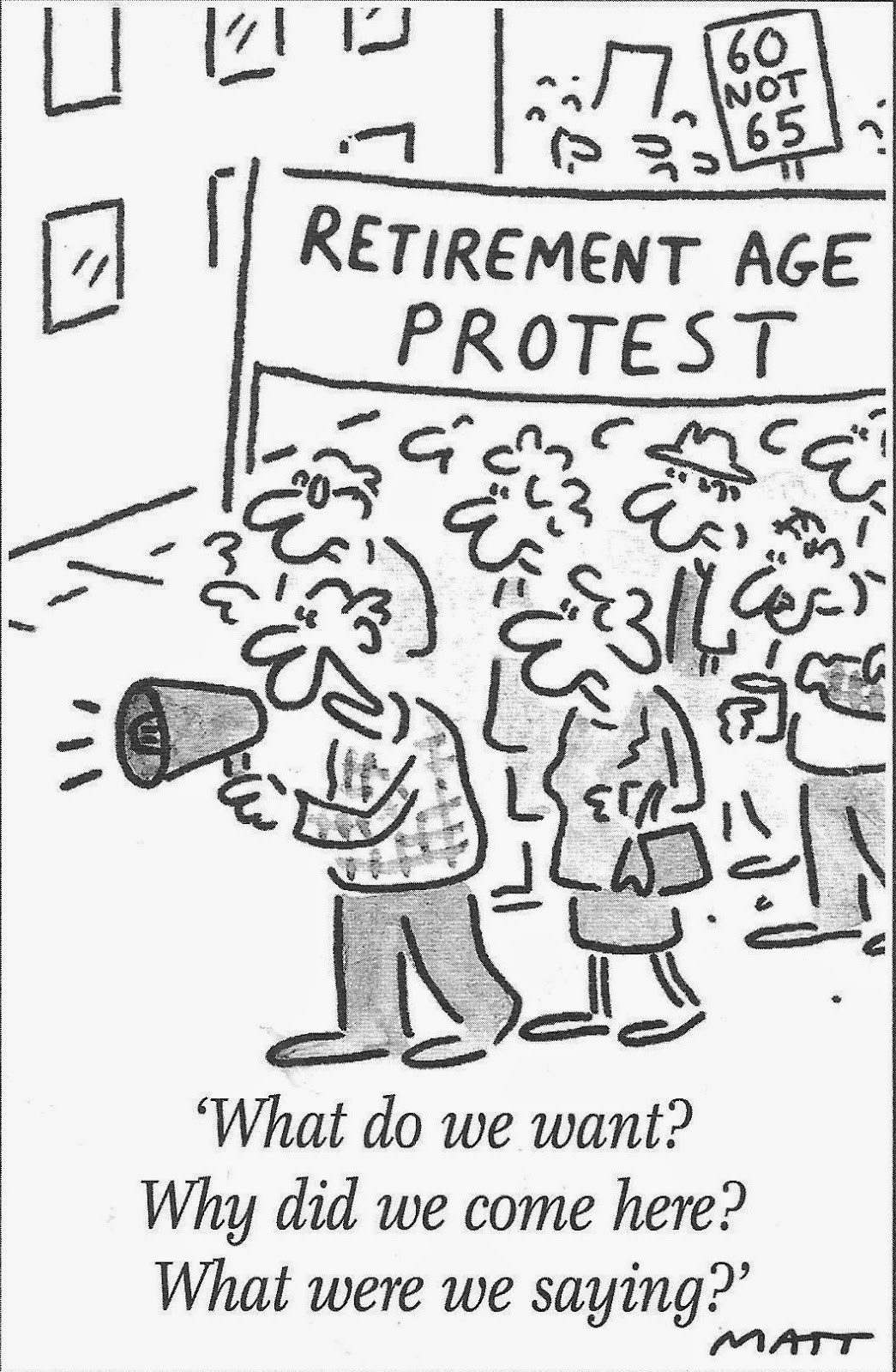 Who was it said they wished there was a stair lift that reached the top landing before you'd forgotten why you wanted to go up there in the first place? No, I don't know either, but the first three words of that sentence are currently proving to be rather a leitmotiv for my life. Do not get me wrong: I love entering vintagedom. The hair has never been redder, the attitude sassier or feistier and as for caring what the world and its partner thinks of me, I'm so waay ahead of Rhett Butler.

And yet, over and above all the feist and sass and damn, there are moments when stuff .... well ... somehow eludes me. A realization that was brought home vividly the other week as I stood outside a John Lewis store cursing because it was shut, and suddenly perceived the reason I couldn't get in was because I was pushing a door marked pull. Similarly, when I arrived back home minus the things I'd bought as I'd managed to mislay them somewhere between the counter where I paid for them and the homeward journey. And again the time I had a full-on public row with the Automated EE woman because I dropped my credit card while topping up the mobile on a moving bus and she didn't do ''hang on, just got to pick up the credit card''.

Then there is the mobile phone. I put it down. Somewhere. Most of the calls to my mobile are me ringing it from the landline to find out where it is, having looked up the number beforehand because I can never ... umm ... thingy ...it. Thank goodness it's only a cheapo Nokia, suitable for the technically challenged and easily replaceable if I ever flush it down the loo. Which is always a possibility. Gawd knows what might happen if I had one of those £700 bendy i-Phone 6 things.

My best friend Elissa and I have these ... whatsits ... every time we go out together. Sometimes we find ourselves driving along somewhere without the slightest clue where we're supposed to be heading, though we knew when we started out. Or we can't find her silver Toyota in a multi-storey though in our defence there are always so many silver Toyotas in multi-storeys, silver being the go-to colour for most modern cars that it isn't really our fault. We have been reduced to pacing the aisles clicking her key fob in the hope that the car will respond eventually.

It's infuriating, but there appears to be nothing I can do to prevent it happening. And it does seem to be happening with alarming frequency. Whatever it is. So there you are ... who are you again? Anyway, you'll have to excuse me now: I have an elsewhere to be. Or I will have, once I can remember where the hell it is.

If you would like to read my short story 'The Fair Infanta' on Wattpad, you can do so HERE
Posted by Carol Hedges at 00:02