On Monday, I had my 2nd year checkup at the Breast Care Unit at Luton & Dunstable. I had a mammogram and was seen by the consultant quickly and efficiently. I am cancer clear again - BUT my point still is: I had all this treatment 'free'.

On Wednesday, my husband had a bad fall - we thought he'd broken his wrist. A visit to the Minor Injuries Unit at St Albans and an X-ray and bandage later, he is home and recovering. Again, 'free'.

Neither of us, with our age and medical histories, would be taken on by any sane insurance company. I believe that this current government wants to do to the NHS what Margaret Thatcher did to the miners: destroy it. I stand with everybody fighting to save this wonderful and truly egalitarian institution.

As part of my research into Victorian London, I've been looking at mid-Victorian medical training and surgery. It was a fascinating time - just on the cusp of the surgeon as ''star'' as in: 'I can whip this leg off in 3 minutes; don't bother with anaesthetic, just give the patient a leather strap to bite on' to the realization that sedation played a huge part in the ultimate recovery process and that patient comfort and saving lives was more important than scoring reputation points.

The training was very different in those days. If you didn't have a degree from Oxbridge, which was a fast track way of entering medicine, you paid to be a dresser or apprenticed yourself to a surgeon at one of the country's teaching hospitals, where you watched endless dissections, took a rather basic exam and 4 vivas, and eventually there you were. Have Knife & License, can operate. The research has taken on extra piquancy because as some of you know, I was admitted to hospital just before Christmas for a breast cancer operation.

Amazingly, surgeons were performing my operation in the 1860's. The survival rates were not high, although some women did survive. They didn't have a big arrow stamped on their shoulder pointing to the bit to be operated on as I did though. Nor, bizarrely would they have had their leg labelled - presumably in case it got bored during the op and wondered off. And in those days they were not injected with radioactive blue dye. Surgery has come a long way! (I have to report that I do not now glow in the dark. Sadly).

However my main point is that in 1861, the prospect of my operation was not only fraught with fear and pain and a pretty low success rate, but was largely dependent upon your finances. There was no ''free at the point of delivery'' option. If you were poor, you just suffered terribly and then died. Whereas I had the services of a top Consultant, a skilled anaesthetist and a Registrar all highly trained, and FREE.

The government, as did its Conservative predecessor under Mrs Thatcher, regards FREE as a dirty word and seems determined to control, outsource, de-fund and dismantle the NHS. I experienced some of the results of their malign handiwork when the nurses in the recovery room were so busy getting my paperwork sorted that they forgot to discharge me with any pain relief - I have to report that varying red wine with Prosecco works admirably!

I am so grateful for the NHS - for the ''right'' to medical care 'free at the point of use'. Given my 'swarm' immigrant origins and plebeian status, I doubt I'd have been able to afford my operation in 1861, whatever my chances of survival. And I will fight for the right of others to have the same marvellous treatment that I had. A return to Victorian values? No thanks! 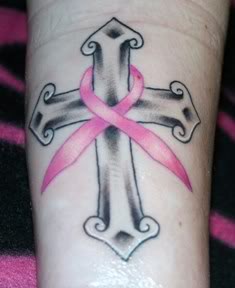