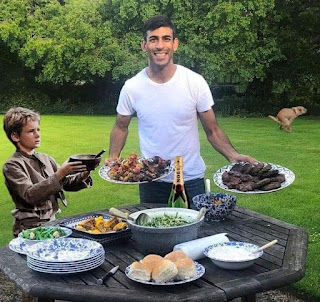 "I was one day dealing with a case in which a poor woman was in great distress of mind because she had got some washing to do and had not the money to obtain the necessary materials wherewith to accomplish the work.    "I shall lose eighteenpence if I can't get it done," she said, with tears in her eyes, "and perhaps lose other work too, for people who have washing to give out won't study you if you have to disappoint them."
"You don't look fit to stand at the wash-tub," I said, noting her weak and hunger-worn appearance.
"I could manage that all right," she exclaimed eagerly. "By working late I could get it done and take it home to-night, and then I could get something to eat out of the pay for it. As to eating, though," she added, " I am thinking more of the children than of myself. It is not often that we are so hard put to it, but this morning they had to go to school without breakfast, poor little things They knew it was my misfortune and not my fault that I had nothing for them to eat, and they tried to be brave and not to cry, but you could see their poor little lips quivering."
I had every reason to believe that the woman was telling a literal and painful truth. Her husband was sober, and steady, and until a year previously had been a strong and capable labourer, able to command tolerably constant employment. But one day when engaged upon some heavy work he had, in labourers phrase, "overlifted" himself. From that time he had been, "off and on," an out-patient of various hospitals, and was practically an invalid.
"You had better get something to eat before starting your work," I said, in reference to her last remarks. "Here are two tickets, each for a shilling's worth of goods; they will enable von to get a little food, as well as the washing materials you require."
"Oh, thank you," she exclaimed, her face flushing with pleasure; "won't the little ones be delighted when they come home and find I have got a dinner for them?" - The Pinch of Poverty, by The Riverside Visitor
Posted by Carol Hedges at 04:13