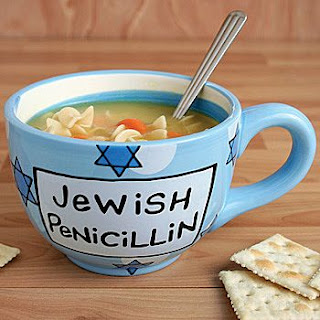 There are many reasons why one might decide to learn a new language in old age. The major one seems to be the incentive to stave off dementia. Struggling to master basic tenses and phrases in supposed to sharpen the synapses and keep the mind agile for longer. Ditto doing a daily Sudoku.

Neither of these is why, at the age of 72, I have decided to learn Yiddish.

"Why are you doing this?" You Must Be Mad (now relocated to New York) asked, when I informed her this weekend, via Facetime, of my decision. "You should learn something useful."

I pointed out that I am reasonably fluent in French, can speak German as long as I don't think about it too hard and thanks to L-Plate Grandad's Italian classes, I have a smattering of Italian...though I have not mastered the pluperfect tense (neither has he).

My decision to learn Yiddish is visceral: it's the language of my tribe; it's part of my Jewish identity, which is being threatened, mocked, abused and belittled and generally ignored. Yiddish was the lingua franca of European Jewry, a way that all those in the camps could confer. My mother spoke it. My grandparents who died at Auschwitz spoke it. Now, I want to speak it too.

And there is another reason, less noble. Yiddish has probably the BEST insults and original curses of any language on earth. I mean, SERIOUSLY the best. English invective is like watered down milk in comparison. So when I tell some corrupt MP: "May you live to build yourself a house from your kidney stones" I want to be able to say it in Yiddish. Because it sounds so much better.

So I have signed up to an online language class in Basic Yiddish. It might take a while to build up to the cursing, but one has to begin somewhere. I start in 2 weeks. There will be updates. Watch this space.