Sorry, Who Do You Think You Are? 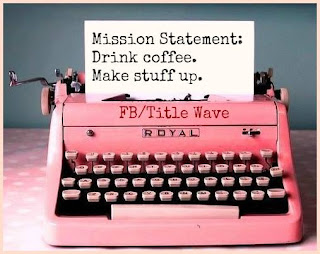 Another week, another of those 'stranger than fiction' events that dog my footsteps like a small persistent child in wellies. I'm walking to Tesco for the paper: it gets me away from the addictive lure of social media, when I encounter three old men (think extras out of 'Last of the Summer Wine') leaning on the parapet of Batford Bridge, putting the world to rights.

I join them, as you do if you're me. We stare at the River Lea sauntering under the bridge in an insouciant manner, and the shoals of tiny fish butting against the flows and eddies. There is a companionable silence. Then one of the oldsters remarks, 'Saw you in the paper the other week.' I concur. He did. I was. Brief appearance on TV's 'Victoria Live' was covered by the local paper, as they know anything to do with me is a razor blade in the Town Council's candy-floss.

'Didn't know you was a writer,' he continues. His two companions swivel round and study me narrowly. A pause. 'You don't look like a writer,' one of them observes cautiously. See, I bet that never happens to you. I bet you just rock up to wherever you're going, and everybody goes, 'Yup. Writer/teacher/etc..'

Apropos of what a writer looks like, or is supposed to look like, I know there are many people on social media who deliberately choose pictures that resemble their younger selves. Or pet pics.Which must make for interesting times when they have to attend a literary function, or meet a fellow writer for the first time.

Mind, who am I to point the finger? When I joined Twitter, I used the cover of Jigsaw Pieces as my avatar. After a couple of weeks, I had acquired numerous young male followers who flirted with me. Fairly outrageously. 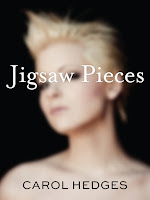 For a while, I remained undecided whether to put them out of their misery, or just go with the flow. Eventually I gave in and replaced the cover with a picture that resembles the ''Real Me''. But it was with some reluctance, because it's quite nice to be thought of as youthful, with attitude and cheekbones you can hang off. And of course inside, that's exactly how I am!

STOP PRESS: The Victorian Detectives will shortly return, with new covers and in a brand new adventure!