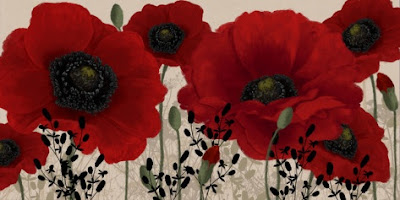 'No shelter from the kniving wind

No solace from the driving snow.

No warmth, no comfort or bright cheer

In heav'n above or earth below'


If you read my stuff, you'll know that lines from this poem feature in Jigsaw Pieces , my YA ebook . Noel Clark is a character from the book and his short life as a soldier poet in the first world war makes up one of the story strands. In a few days, we will mark the anniversary of the end of  that so called 'War to End all Wars', and there must be very few UK people who don't have some link back to the 1914-18 conflict. My link comes via my late father-in-law, the wonderfully named Herbert Inkerman Hedges.

During the upcoming commemorations for the anniversary of World War One, we shall no doubt re-read many times the 'big' soldier poets: Owen, Sassoon and Brooke. But actually I find just as much pity and pathos in the work of the women poets of that time, who did not share in the fighting at the Front, but shared in the suffering, and the changed lives. It is their sense of loss, their attempt to learn to survive survival, that makes their verse so poignant. One of the best is Margaret Postgate Cole. This is her poem Praematuri:


When men are old, and their friends die

They are not sad,

Because their love is running slow,

And cannot spring from the wound with so sharp a pain;

And they are happy with many memories,

And only a little while to be alone.

But we are young, and our friends are dead

Suddenly, and our quick love is torn in two;

So our memories are only hopes that came to nothing.

We are left alone like old men; we should be dead

- But there are years and years in which we shall still be young.