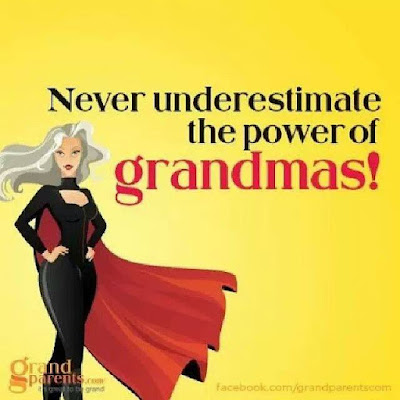 Now that Little G has gone from sedentary to ambulatory, shop windows have taken on a whole new significance. Gone are the days when we whisked past, barely pausing to look. Much amusement is now derived from standing outside and identifying numbers, which are shouted out with all the gusto of a Bingo caller, followed by spotting Ds (Daddy), Ms (Mummy) and Gs (Grandma). All good harmless fun.

Last week marked the run up to Halloween and many of the local shops had decked out their windows accordingly. The upmarket shop with the posh designer beds and Egyptian linen sheets with a gazillion thread count had unaccountably decided to go the full Fright Night. There was a headless body on a bloodsoaked sheet, its legs dangling over the end. Two gravestones with RIP on them stood to one side.

It was utterly revolting, quite graphic and made me feel ill the first time I saw it but there was no way of avoiding it. Every time we passed, Little G paused, nose pressed to the glass and studied the gruesome scene avidly. 'Red bed,' she remarked.

I am relieved that at her age, Little G has very little sense of what is going on, but on her behalf I am angry that what was a Christianized feast, influenced by Celtic harvest festivals, when people traditionally went to church and lit candles on the graves of their family members to honour their memory, has become a nasty over commercialized event bent on scaring people.

Soon it will be the run up to Christmas, when the shops will be decorated with Christmas themed goods. Last year one of them was requested to take the Nativity scene out of its window as it could cause offence to people of other or no faiths. A clear case of Red bed - good; Manger bed - bad.