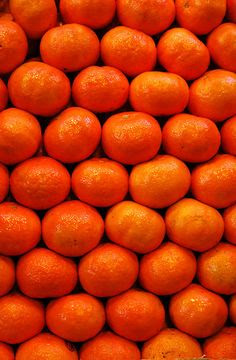 Where have all the tangerines gone? Shops used to be full of them. Now all you seem to be able to buy are those satsuma things that look like baggy oranges in need of botox. And they taste of nothing much. Tangerines tasted like concentrated essence of orange velvet dipped in sunshine. I always had one at the bottom of my Christmas stocking. Along with a half crown. Which reminds me - whatever happened to half crowns ... no, not going there, that way madness lies.

They say that in this life you are either a: 'glass half-full' or a 'glass half-empty' type of person, but increasingly I'm turning into a: 'This is my glass? I don't think so. My glass was much bigger and it had a pink cocktail umbrella and a small plastic shark' type of person as I sit in the writing garret contemplating the demise of western civilization.

Much of this malcontent has been precipitated by something called Black Friday, another of those American things that has turned up over here and that we seem to have seized upon, along with School Proms and Halloween. When I was growing up in the dark ages, we had sedate school dances, pumpkins were the preserve of fairy godmothers and the coaching trade, and we did not cause GBH to ourselves and those around us in an undignified 24 hour scramble to buy stuff that we have been brainwashed by the retail industry into thinking will enhance our lives.

Given that everything nowadays comes with either a dire health warning or a phone number to call if you have been affected by issues surrounding it, I'm frankly baffled that we eagerly embrace the chance to put ourselves in the way of physical and financial harm for a few material goods. We really are all going to Hell in a handcart, aren't we? Except that I haven't seen any handcarts around for ages. Gone the same way as tangerines and half crowns, I guess.