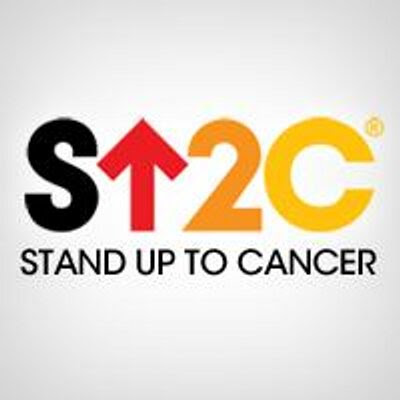 in the UK, so in acknowledgement of this extremely important event, I thought I'd interview somebody about their experience of having and surviving breast cancer. Step forward then, one survivor ...... Me.

So Carol, how was your cancer discovered?

I learned that I had early stage breast cancer from a routine NHS breast screen three years ago when I was 63 -  you know the sort: you go to a big white van in a carpark and it's always cold. I had noticed no lumps, bumps or changes so it was a shock to be recalled to the Luton & Dunstable Breast Cancer Clinic a week later.

What sort of cancer did they find?

I had DCIS ( Ductile Cancer In Situ). It's a kind of pre-breast cancer. It was in several tubes in my left breast and was ''high grade'' which meant it was getting ready to progress to the next stage.

So what happened when you received the diagnosis?

I was stunned - after all, I hadn't had any visible symptoms. I had been on low dose HRT for a long time - I reacted very well to it, but I came off it immediately, even though there was no proof that it contributed to the cancer. And I thought naively that I was too old to get the illness.

How did your family react?

My husband was shocked also, but supported me brilliantly at every stage of my journey. I kind of played it down with my daughter, who was in the last few months of pregnancy. I'm not a big over-sharer anyway, and I didn't want to upset her.

A very unpleasant needle biopsy, which led to an appointment being made for an operation to remove the cancerous ducts. It all happened so quickly and efficiently I barely had time to take it in. I went in as a day patient, had radioactive dye injected into the area (sadly, I didn't glow in the dark afterwards) and then had the operation. The surgeon cut into the breast underneath, leaving a long but not overtly visible scar.

Did you have to go for follow up treatment?

Ah. Now here it gets a bit controversial. The surgeon recommended radiotherapy, but after researching it, and talking to others on social media, I chose not to have any follow up treatment. I wasn't happy with the side effects, nor with the fact that it wouldn't stop further cancers developing. My surgeon was convinced he'd removed all the cancerous cells and I trusted his judgement.

I got on with my life and put it in a box labelled 'OK, that happened'. I had my first annual mammogram check up last November, and it came back clear. My second one will be in two weeks' time. It takes 5 years before they are prepared to say you are totally free of cancer.

What was the worst part of all of it?

You may think this is frivolous ... unless you are a survivor also, but I had to take all the wires out of my lovely underwear, because it hurt too much to wear. And I wasn't sure for some time whether I'd look ''normal'' and be able to wear lovely stuff again. Luckily I can ... and you would hardly be able to tell I am a tad lopsided!

Finally, do you have any advice to offer?

I think the MOST important thing is to TURN UP for your FREE NHS routine screening. I was horrified when the nurses told me how many women fail to attend. Yes, it's uncomfortable and not very pleasant having your boobs squeezed between two X ray plates, but cancer doesn't always present as an obvious lump or change in the breast - mine didn't.
So ladies, don't think you can skip an appointment because you've checked your boobs and you didn't feel any lumps. Go - I urge you. Had I not gone, I might not be writing this blog today.