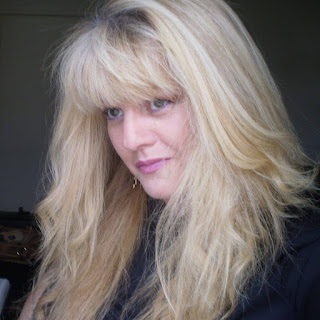 Terry Tyler is a bit of a Renaissance Woman: she reviews, she blogs, and she writes modern and historical fiction. She has a huge following on Twitter (@TerryTyler4), where she is generous with her retweeting and support of other writers. The PINK SOFA, who is always disappointed that I am not a glam blonde, is overjoyed to welcome her and has been sprucing up its cushions like mad in anticipation of her visit.

''First, I must say how grateful I am to be allowed past the hallowed portals of Carol's blog to talk about my new book.  I bribed her with cake, which I am sure she will never eat.... but she can look at and perhaps even photograph (and then tweet) it!
(I have in my head a picture of a mountain top, with celestial beings guarding the entrance to the dwelling that houses....da da daaah ~ The Pink Sofa....)

Right ~ my new book.  As I write this, The House of York is in the hands of my proofreader, who is also the first to read it.  This is always petrifying.  Until the moment another person claps eyes on your latest creation, the world and characters within are known only to you.  Sure, it all works, comes together so smoothly - you've lived with it for months, gone over and over it in your head and on your screen until you know all the ins and outs by heart.  It's only when First Reader says, quite casually, "Oh, by the way, I've started your book," that you think Waaaah ~ I hope it really does work.  Was I imagining it?  It is all just a load of rubbish?

....I am now continuing this post a week later, and The Book Is Back ~ it works, it works, she says!  I was reminded, yet again, how the parts in a novel that 'speak' to a reader might be those you didn't think particularly strong, and your favourite sections might not be theirs; and that this will, of course, be different for everyone.

So, The House of York.  It's about a family called York, and those who join with them through marriage, love affairs, business, nefarious plotting, etc.  The Yorks own a company called Parhelion, which runs health food cafés and York's Wine Bars ~ in the south of England, to rival the Yates's Wine Lodges of the north.  Told from the points of view of selected cast members, the saga (for indeed it is!) spans the years 1993 ~ 2014.  I've written other family sagas, but this is 'darker', with themes of psychic awareness, good versus evil, abuse and murderous intent running through.  It is loosely based on the story of the Wars of the Roses, though not a modern day retelling, as I have done before, with the Tudors in Kings and Queens and Last Child; this true story was far too complicated to be written as anything less than a trilogy, and I am the only writer on Amazon without a trilogy to my name.  I stand alone with my stand alones!  I did have a go at a closer retelling of history, but I got to 30K words and realised that if I carried on, I'd still be writing the first draft this time next year, and it would take another year to read, let alone write.  Perhaps that's how trilogies come about, I don't know. 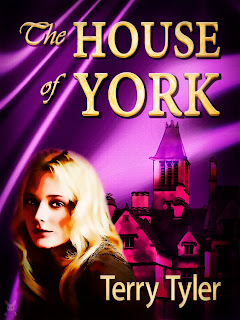 I hope The House of York will be out in October; it now has to be read by Mr Picky, a family member who will not allow my books into the world without his input.  This is the part of the process I fear almost as much as the day I look at Amazon and think "no-one's bought the wretched thing for days", or the first less than positive review; however, it is good to have a Mr Picky in one's entourage, as he points out the dodgy bits that no-one but those of his ilk will notice.

Now what?  Well, I'm enjoying the small break I allow myself before starting the next one; I like to have a few weeks' trimming down of the to-read-list and have already
ticked a few off this, with a satisfied nod or six.  During this 'between novels' time I kid myself I will catch up on housework, give the whole place a really good going over; I don't know why I still pretend I'll do this because I never do.

There are always so many more interesting things with which to occupy one's time, though, aren't there?  Like my current astrology feature on my blog ~ thrice a week I am featuring a different writer, talking about how the characteristics of their star sign affect how they work.  When I began asking for posts I hadn't anticipated that the response would be so great, and I have posts scheduled until the beginning of December, so far.  The subject is treated lightly and in a sometimes tongue-in-cheek way, I hasten to add.  Very, in some cases; I've had a post from a certain Mr Gemini that totally trashes the whole thing!

Oh yes, I was going to talk about what I was writing next, wasn't I?  Well, my intention had been to write a novel set in the 14th century, and I have started doing the reading for it; I love history (in particular the Plantagenet and Tudor periods) and have been working towards this for some time.  However, I realised when I finished The House of York that it was perfectly set up for a sequel, and my test reader says that, rather than being merely 'set up for', it actually needs a sequel; I already have the story in my head so might have to write that first....  I have a 'to-be-written' list as well as the 'to-be-read'!

Thank you, Virgin Media, for malfunctioning this morning, which meant that I was sans internet and thus got this piece finished instead of ambling around Twitter and emails for two hours ~ and thank you very much, Carol, for inviting me onto your pink sofa!  I hope the cake was worthy and I will, of course, remember to feed the fish on my way out.''