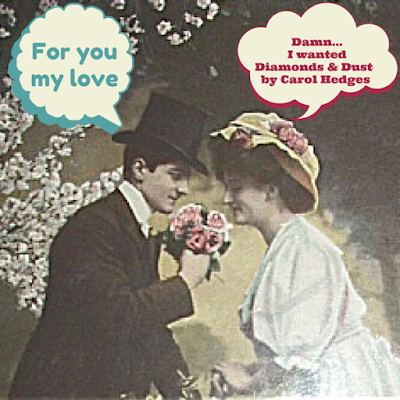 With publication of Death & Dominion drawing closer (October 12th), I have been asked once again by several people why I decided to go with a commercial publisher as opposed to self-publishing, as I did previously with Jigsaw Pieces. It has been pointed out that I am on a % rate, and if I returned to self publishing, I'd make a lot more money.

Two reasons why I originally made the decision, and am, for now, sticking with it: Firstly, it is all too easy nowadays to write a book, cobble together a cover and upload the finished product to Amazon (actually, it damn well isn't .. as you can read here:). Advances in technology have opened up enormous opportunities for self-publishing that were never there when I started writing books, and that is a good thing.

However, inevitably there is a lot of dross out there and it lets the side down. Poorly written and produced books with typos, badly designed covers, sold at rock bottom prices is not the way I want to go. Despite the many ''Hey, I produced a book for virtually nothing'' blogs, the writers of the best self-published books have usually used beta readers, then paid out for professional editing, proofreading and cover designing. Hats off to them. It is hard work and not easy and having done it once, and not being as young as I was then, I'm not keen to do it again.

Secondly, to be accepted by a commercial publisher is a sign that my work is of a certain standard. Very few writers are now being taken on by the ''big'' mainstream houses. You have to be young, connected to somebody who works in the industry, the possessor of a fabulously interesting/made up back story, or a celeb. It is also harder to find an agent - and agents take upwards of 10% of all royalties earned anyway.

Small independents like Crooked Cat (my publisher) are now the first port of call for those writers who find the big publishing doors slammed shut. The market is changing once more, as evidenced when Crooked Cat recently opened its doors for submissions and was totally taken aback by the inundation of manuscripts. They are in the business of making money, as are all independent publishers and they only take on a small percentage of the writers who apply. I am one of the lucky few.

Even though I am not self-published, I still have a lot of autonomy. I can do whatever I like, publicity-wise, and if you follow me on Twitter (@carolJhedges) you will know that I do. I had very little autonomy with Usborne and OUP and I gather that some big publishing houses like to keep a close eye on their writers so they don't run amok on social media, which could rebound back on them.

I also chose the covers of my books, which remind me of contemporary newspaper headings, or theatrical posters. They are designed by a local graphic artist, who is also a friend. I have been told they are reminiscent of very early Penguin covers. They are certainly quirky and different ... just like the stories .. and, dare I say it, like the author of the stories herself!

So what's your publishing experience? And as a reader ...do you ''prefer'' a book that has a 'proper publisher' behind it? Do share ....