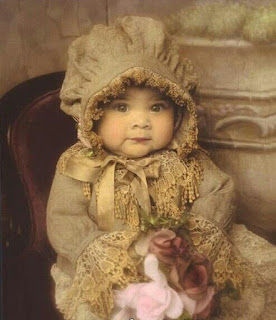 ''Inspector Greig has served in the police force since he was eighteen. So he has seen and heard things that would turn the stomachs and harrow the souls of lesser men.
It takes a lot to move him, but as he scrambles into the hole where number 9 Hind Street formerly stood, and looks down on the small bundles that are being carefully examined by two of his men, he feels an unexpected surge of emotion.
“What have we got?”
Sergeant Ben Hacket stares at him, his youthful face white and stricken. He is a country lad, new to London and to the Metropolitan Police. He hasn’t yet developed the hard carapace needed to survive the horrors he will encounter.
“Eleven dead babies, sir.”
A couple of contractors watching proceedings from the edge of the hole, turn their faces away. Greig nods, takes out his notebook and begins the laborious procedures necessary whenever a dead body - or bodies - is discovered. Upon these notes will depend the report that he will submit to the authorities and the sort of inquiries that he may be requested to undertake  as a consequence.
He writes down where the tiny bodies are lying, drawing sketches of their exact position and relation to each other. He makes notes on the old rags and newspapers covering them, and checks for any objects that may be in the vicinity that might have contributed to their deaths.
He works swiftly and in grim silence, watched by his colleagues and the shocked group of contractors. At last he closes the notebook and glances at Sergeant Hacket.
“There will have to be a coroner’s inquest,” he says quietly.''
Rack & Ruin

It isn't often that I find myself writing through my tears, but for Rack & Ruin, the fourth book in the Stride & Cully series - this was the case. One of the themes in the book revolves around the awful practice of baby farming, via the chilling discovery of murdered babies in the cellar of an abandoned house. The fact that I now have two small grandchildren meant that my research into this area was even more poignant.

In Victorian times the attitude to illegitimacy and unwed mothers was harsh and punitive. The Bastardy Clause in the New Poor Laws of 1834 deliberately absolved fathers of any responsibility for their bastard children (sic) thus economically victimizing the mother in an attempt to restore female morality and discourage others from indulging in extra-marital promiscuity.

The practice of baby-farming was a direct result. Young women who had been seduced and abandoned, or raped by their employers would pay an individual to 'adopt' or 'foster' their children. The fees demanded by these individuals varied from £80 for well-off parents who wanted to keep the birth secret, to £5 for poorer women.

Once the fee was paid and the baby handed over, its fate was sealed. Starvation leading to early death. Babies were plied with alcohol, laudenum or Godfrey's Cordial - an opium based sedative, which meant they passed their short lives semi-comatose and disinclined to eat. Their milk was watered down with lime or other substances. The sole aim was to get rid of them as quickly as possible, so that more money could be made.

Often, babies were buried in the backyard, or their emaciated little bodies were wrapped in old rags and newspapers and dumped in deserted streets. Many were thrown into the Thames. Even when discovered, local coroners would probably record the deaths as 'lack of breast milk' or 'debility from birth'. Greig is lucky that in his case, the evidence of malpractice is so overwhelming that the coroner records a verdict of unlawful killing, meaning that he is free to track down the baby farmers and bring them before the courts.

Ironically there were vigilant laws in place against the mistreatment of animals, but until 1872 there were no regulations against the mistreatment of infants. Newspapers like the Daily Telegraph or the Christian Times ran scores of adverts from 'widows with a small family' who would be 'glad to accept the charge of a small child'.  Such was the horror of illegitimacy and the reverence for the sanctity of the family that it wasn't until 1897 that an amendment to the Infant Protection Act empowered local authorities to actively seek out baby farmers and remove children to a place of safety.

I find it equally unbelievable that several earlier attempts to stop baby farming were opposed by Parliament and members of the National Society of Women's Suffrage, who all saw it as an infringement on the rights of parents and an attempt by the state to interfere in ordinary citizens' lives.