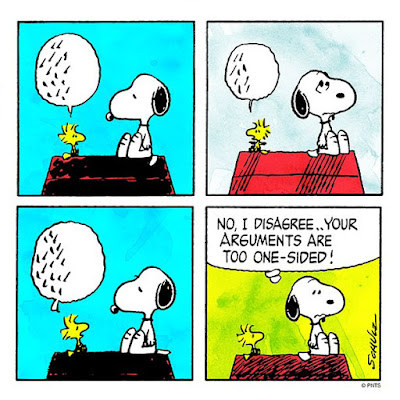 It is a sad fact of life that there are people who like nothing better than to stir up trouble as in: ''have stick, so will poke it into this hornets' nest'' and Twitter seems to be the perfect forum for such people to indulge their activities. I have witnessed some right car crashes unfolding in the four years since I joined Twitter as a fledgling.

It seems to me that there is something about an impersonal forum, where one can hide behind a screen and a manufactured identity that suits the mentality of certain people, as it permits them to throw out what in the real world might be seen as sheer and unmitigating unpleasantness.

So how do we respond to the snarky comments, the tantrum-throwing and the frankly agenda-laced aggressive nutters that patrol Twitter and other forums? Are there unwritten rules of behaviour? Because if we are writers with books to sell, we have to put ourselves out there and then we are going to meet individuals whose opinions and stances and behavioural 'norms' differ radically from ours.

I firmly believe there is a difference between disagreeing over a particular issue, and launching a personal attack on another Twitter member and their tweets. I am visited by the odd troll every now and then, so I can completely understand why, in such a circumstance, one would want to create digital distance by Unfollowing or Blocking the attacker. After all, if it was real life, you'd certainly cross the road to avoid their company in future. 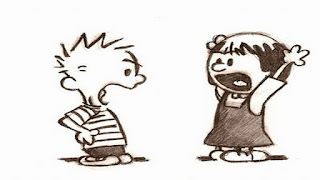 Blocking/unfollowing/muting someone with whom you happen to have started a lively dialogue over an issue, however strongly you or they feel about it, is in my opinion the equivalent of stamping your foot, storming out and slamming the door. I did it at 13. Maybe you did it too. I don't do it now because I hope I'm more grown up. Thus I am happy to say: 'OK, let's agree to differ on this one. Thanks for the chat,' and drop out of the discussion, which is what I chose to do in the case of the ''Everything's a Blairite Conspiracy'' discussion I got involved in recently.
.
Whenever I am sorely tempted to let rip angrily, I remind myself of what happened when I was at the Edinburgh Festival some time ago. There I witnessed a very nasty row take place in public
between two well-known writers (both household names). I remember thinking at the time: if that's the way you behave, then I don't think I want to read your books. And I never have.

Twitter can seem like one's front room. It isn't, and it's important to realise that anybody can and will read what we tweet, and see how we react to 'trolls'. So what do you think? Do you speak your mind - whatever the outcome? How do you deal with Twitter rage? Pile in ... not too heatedly!
Posted by Carol Hedges at 00:07