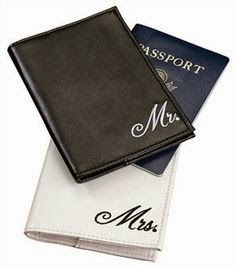 It has been some time since the 2 Grumpy Old Sods had to face their greatest enemy: Bureaucracy. However last week landed a doozy in our laps. Some of you will remember that back in October 2013, I refused to pay the outrageous sum of £75 to renew my passport and HM Passport Office yanked up its drawbridge and refused to return my passport pics and my old passport.

Seventeen months later, we decided to try again: the arrival of Little G and the suggestion of a family holiday in Italy luring us out from our bunker. Thus I went and got the passport pic from Hell (if I go on holiday 1. I wear my specs and 2. I smile - why can't my pics reflect this?) and BH filled in the online form telling HM Passport Office VERY CLEARLY that we couldn't fill in details of my previous passport as they had retained it in October 2013. Along with the pictures we sent at the time.

Two weeks later, HM Passport Office, bastion of utter stupidity and plain downright incompetence, sent a letter saying they couldn't accept my application as I hadn't filled in ''Section 10'' properly. This refers to my old passport. Which they have kept. As we told them on the original form. So we couldn't fill it in.

And now we have to fill in the whole thing again online. And send in 2 more pics, signed on the back by someone who has known me for 2 years so that excludes the cat. And even then, they will only ''consider my application'' so no guarantee of a new passport.

To add insult to injury a few days after my application was refused, BH's new passport arrived. As he says, if I wanted a new passport for some nefarious purpose, I'd get it at once. He is very tempted to ask HM Passport Office to fast track my application. Oh - and could they recommend any safe border crossings from Turkey.
Posted by Carol Hedges at 01:07