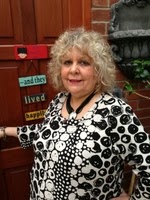 The PINK SOFA is truly delighted to welcome talented, funny and parrot-owning writer Lizzie Lamb. I met Lizzie for the first time a couple of years ago at a meeting of the RNA London Chapter. I was about to launch my ebook Jigsaw Pieces, and she was about to launch Tall,Dark & Kilted. Time has been good to both of us: Lizzie is now working on her third novel and it is a real joy to watch her rise to literary prominence.


Having missed Burns Night, and not wishing to cause offence to the Pink Sofa's per haggis, Harris, there are tartan-iced cupcakes and frothy coffee on the coffee table. So, Lizzie over to you ....

or, how I became an indie author without the aid of a safety net

In July 2012, I formed The New Romantics 4 with three other writers.  Coining the phrase: ‘sisters doing it for themselves’, we published our novels on Amazon and Create Space. Our novels had been through the Romantics Novelists’ Association critique system and we felt they were good to go, so we lit the blue touch paper and stood well back. Three months later, after mastering the intricacies of ITIN forms, W8-BEN, and how to format and upload our novels for Kindle (and as a Create Space paperback), I finally held Tall, Dark and Kilted in my sticky mitts in (October 2012).

Fast forward to November 2013 and the publication of Boot Camp Bride. Two novels in a year, I hear you say? If it’s that easy, I think I’ll have a go. Well, concentrate, because here comes the science bit - how to create a market for your books from a standing start.

Luckily, I’d been a Facebook since 2008 and had friends who were either published authors or avid readers. When I came out of the closet and said: ‘My name’s Lizzie and I am a writer,’ they were supportive. I tried my best not to swamp them with posts all about writing - the parrot (of whom more, later) comes in very handy in that respect. In January 2013 I established Lizzie Lamb - writer page on Facebook and concentrated my ‘writerly news’ there, but there is of course some overlap. I also joined numerous Facebook sub-groups: Chick Lit Goddesses/Writers on the Same Page/ Write on Girls etc to promote myself.

I already had a Twitter account and, after publication, I started to post daily about my writing, making sure I interspersed promotion with more chatty, user-friendly stuff. I started to follow (and be followed by) more writers and now have a daily retweeting regime on a quid pro quo basis. That seems to work. Through twitter interactions, I have acquired lots of lovely readers who have followed me onto Facebook and become friends.

As I got into the flow of promoting myself and my books, I started to think about having a website. The New Romantics 4 paid Nettie Thompson of Meldrum Media to create a website for us; then she created an individual website for me I’m starting to use more regularly since publishing Boot Camp Bride and have recently added FIRST PERSON SINGULAR where I will invite well-known authors to talk about their work.

Believing that I had established my credentials with Tall, Dark and Kilted, I contacted book bloggers, asking to be featured on their sites. So far, no one has refused! If you want to learn more about the blogs I’ve been featured on/book blogging sites, check out my pinterest board.

Carol, you asked me, ‘how often do I promo.’ The answer has to be ‘most of the time’. But I try and promo on different sites on different days so that people don’t get sick of seeing my name pop up (again). I also blog for another group of indie writers The Famous Five Plus. Check out a post I wrote back in March about this very subject. On top of promoting, there’s always the next book to write. I didn’t say it would be easy, did I?

My advice to any one who is thinking of publishing a novel is to get the systems (Facebook, Twitter, blog, Pinterest etc) in place before you finish the book. Read other authors, write reviews for their books, read blog posts and comment on them - in short, build up your persona as an author who ‘gives’ as well as ‘takes’. 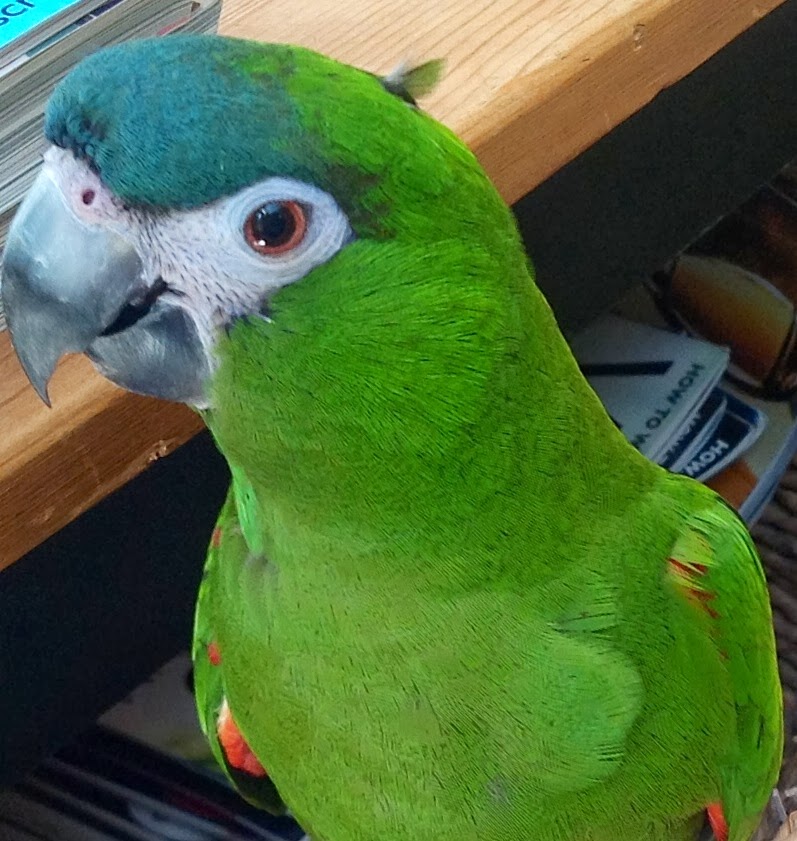 What else? Oh yes, having a fabulously understanding husband and a mad, talking parrot called Jasper. Jasper Parrot - geddit? He’s there to shout: BREAKFAST READY, WHAT YOU DOING? and I WANNA A CHOCOLATE BISCUIT, among other things. He has quite a repertoire.  When I leave him alone for too long he calls out: COME ON MUMMY! pulling me out of my  dream world and making me give him attention. Thus, he saves me from rounded shoulders, DVT and writers’ pallor. I’ve promised him a starring role in my next rom com ~ Scotch on the Rocks. Watch this space.

Charlee Montague is an up-for-anything rookie reporter desperate for her big break. She dreams of something, anything, which will take her away from the daily grind at celebrity-driven magazine What’cha!  When she is sent undercover to a boot camp for brides on the windswept marshes, it seems as if all her Christmases have come at once. Posing as a blushing bride-to-be, Charlee has to get the skinny on supermodel Anastasia Markova and her oligarch Russian boyfriend. However, every rookie needs a more experienced partner as backup and Charlee is no exception. At her side (posing as her fiancé), is award winning photographer Rafael Ffinch. World-weary Rafa has recently survived a kidnap attempt in and is no mood to cut inexperienced Charlee any slack. Furthermore, he makes it plain at the outset of their assignment that there is no room for love in his complicated life. Once the investigation is over, their partnership and fake engagement will be terminated.
From the moment she sets foot in the boot camp Charlee senses that there is more to the simple ‘dish-the-dirt-on-the-A-list model’ story she’s been sent to cover. Journalistic antennae twitching, Charlee carries out an investigation of her own. What's the real reason behind Ffinch's interest in super model Anastasia and her shady Russian fiancé? How is it connected to Rafa’s kidnap in ? In setting out to uncover the truth, Charlee uncovers yet more secrets and puts herself in danger.
And, as the investigation draws to a close, Charlee is faced with a dilemma - will she be able to keep her promise, hand back the engagement ring and walk out of Rafa’s life without a backward glance?