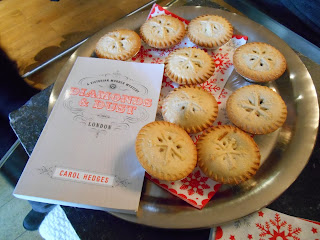 A couple of weeks ago, I read a blog that has made a huge difference to the way I now view and deal with critical comments, Twitter trolls and Amazon reviews. Sadly, I can't recall the name of the blogger - but it was a male American writer, which narrows it down somewhat.

Basically his message was: Do Not Respond. Ever. His reasoning ran thus: As a writer, you are The Brand. People judge what you write by how you present yourself. Thus, if you come over as whiny, defensive or argumentative -  however justified, prospective readers will back away.

Twitter is a very fast moving medium. A tweet has about a four second life, before it is replaced by others. Ignoring a nasty comment means that is is gone in an instant. As soon as you engage with the remark, you and the sender and the ensuing exchanges become visible to everyone. Whether you ''win'' or not, you will be seen by thousands of people. Will it enhance your ''brand'' for this to happen? If not, don't engage, he advised.

The same could be said for one star reviews. Most readers know what sort of person writes a one star review - either they got hold of the wrong book, didn't understand the book, didn't like the book (fair enough) or are another writer with a new book out, trying to diss the book. Ignoring them and their comments gives the impression that you are a bigger person with a wider vision, he counselled.

This rang true for me: I had just recently witnessed a couple of writers receiving bad reviews and dealing with it by complaining on social media sites - ok, their choice to do so, they were clearly upset and it was important to them to say so. But the result? Everyone instantly hopped over to Amazon to read them. Yes, maybe their good friends piled in with supportive digital shoulders, but I'm not sure this was a professional way of dealing with it. You may disagree.

As soon as we have published a book, we become less important than the readers' experience. In fact I don't think we, the sensitive tortured artistic little soul, figures at all. Witness the friend who recently rang up to see how I was, then went on to tell me at some length that they liked books written in chapters - which I had failed to do in Diamonds & Dust. (For future reference: I write in episodes, not chapters. Episodes. Got that? And I intend to write the sequel in episodes too. Pretentious? Moi?)

The lessons I learned from reading the blog were extremely useful when I started tweeting promos to Diamonds & Dust. A person on Twitter, let us call them X, (though this is not their real name) decided they did not like a particular strand of my advertising. Not at all. And they fired off a series of unpleasant tweets, informing me of their displeasure and accusing me of all sorts of stuff.

Did you see the tweets? Probably not. Why not? Because I did not respond. And I blocked the person, so that the comments are not there any more. The temptation (and it was very very tempting, believe me) was to take them on. I had to have a deep breath, stand back and ask myself: what would be the point? And I decided there was no point. I wanted people to focus on the book, not on the spat.

It has been a hard lesson to learn, especially for someone like me, who has a Degree in Confrontation. But learn it I have. Hopefully. Until the next troll sticks its head out from under the bridge ...