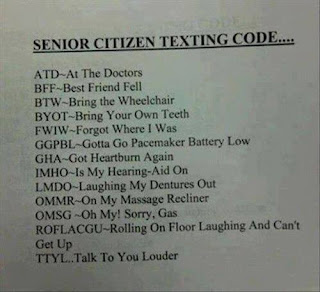 And so to the continuing saga of one Grumpy Old Writer versus the vagaries modern life. You remember the passport debacle, don't you? And the bank one?

Last week, after Storm Doris had passed over Hedges Towers, I noticed that the uStupidphone was only letting me make 'emergency calls'. This was worrying because a week before, while driving with BH to Aldi, I'd been rung by the police, completely out of the blue. Bit of a shock. Apparently they'd had a 999 call from my phone, presumably to alert them to the fact that it was being kidnapped and taken to Luton.

I was able to reassure the kind policewoman that I was OK and I had not, in fact, called them, but it was slightly disconcerting all the same. Anyway, I wandered into the office, where BH was dickering about on the laptop, and showed him the screen. And of course his phone was working perfectly. So I decided to get the bus & take it to the EE shop. 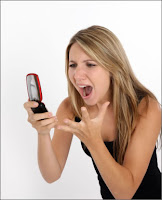 With hindsight, I think my mistake might have been trying to sort it myself while on the bus. Yes. Because by the time I walked through the EE door I'd managed to lock myself out of my own phone which was quite an achievement, given that it cost under £10 and has a level of complexity so low you couldn't limbo under it. All of which goes to show that nothing is so idiot-proof that it can't be broken in the hands of a real expert in idiocy.

Eventually after a certain amount of button pressing and sighing, the 12 year old in the blue overall behind the EE Tech Support desk told me I had to contact EE itself and ask for the PUK code .. whatever that was. Returning on the bus, I was still locked out of my own phone which might for all I knew, be covertly contacting the Home Office and arranging for me to be deported.

Luckily once he'd stopped eye-rolling, BH kindly rang the EE people for me and they coughed up the code, which he inputted as my elderly arthritic fingers are notoriously unreliable and we only had 3 goes before the whole ghastly lockout cycle would begin again. Then another EE man checked our post code and said that the damage had been caused by Doris knocking out their phone mast and they would, in the light of my total incompetence (implied), send me reassuring updates by text.

Which they did and over the next few hours, I had four texts reassuring me that my phone was now working perfectly, which it clearly was as I was getting the reassuring texts. Isn't it great when things ...just ... work? Even if it is probably only temporarily.