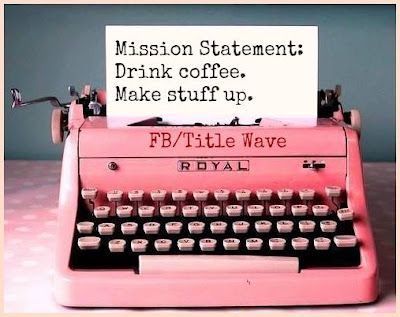 The poet Robert Frost wrote: 'Two roads diverged in a yellow wood/ And sorry I could not travel both.'

I'm sure all writers can relate to these lines. We choose a path to publication: self publishing, via Amazon and its cohorts, or if we take the other road, a mainstream publisher. We choose the format our books will be read in: paperbacks or ebooks, or both.

When I started out, I wrote teen and YA fiction and I went down the mainstream publishing route via OUP & Usborne. Then, when I changed genre and age-range, I moved to Crooked Cat, a small independent publisher who published my first three Victorian Detective books.

As most of you know, last Christmas I 'went off' traditional publishers majorly and made the decision to self publish my Victorian Detectives books (see sidebar to your right). A couple of my Teen/YA books have also appeared as ebooks as I got my rights back from OUP (see also sidebar). I really enjoy the freedom I now have to play with Amazon keywords, alter pricing, do my own publicity and get a higher return for all my hard work.

However, behind the scenes I have been trying to get my rights back on the four teen Spy Girl books. These came out in the early 2000s, were very popular and were stocked in all the main bookshops (ah, the days of Borders!) and libraries.

Children's fiction is a different 'road' to adult fiction. It is essential to be visible. To have 'real books' in shops, to be on school and public library shelves. Children's writers have to be a more visual presence generally. In the Spy Girl days I used to visit loads of schools and do book talks. I appeared at the Edinburgh & Cheltenham Literary Festivals.

However, publishers change their focus and Usborne decided in 2008 that they didn't want to foreground the series any longer. They chose to change the lovely shiny covers for cheaper but less attractive ones, and sales dropped drastically. That is their right as publishers in a fast moving marketplace.

Eighteen months ago I decided to try to get Usborne either to republish the four books with nicer covers, or give me my rights back. It has taken a LONG LONG time for them to respond to my many emails - but I am delighted to share that I now have those rights back. And the icing on the cake? Accent Press have signed up all five books for their new YA list.

Hang on Carol .... FIVE? Yes! There was always a fifth book, which was never read or published by Usborne. Accent Press will be publishing it. I cannot tell you how thrilled I am that the redoubtable Jazmin Dawson will be crime-fighting and world-defying once again!

The books will be coming out in 2017. The fifth one in the summer, the others filtering in behind it to build the series. Thy will be published in book format and also ebook. They will have a new series name, new covers, but the same titles (the titles are mine). So currently, I am revisiting the previously published four, rewriting, editing and just changing them subtly so that they are 'new'.

I shall continue to self-publish the Stride and Cully books: the next one Murder & Mayhem will be out in the Autumn. To return to Mr Frost: I am about to take both roads through the yellow wood ... and I hope it will make all the difference.