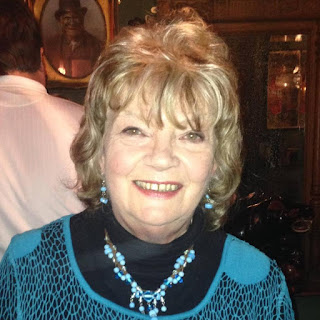 Lesley is another of the delightful writers I've met since I joined Twitter. Lesley writes crime fiction - as do I, though in different eras. Hers is firmly set in the modern day. The PINK SOFA loves modern crime fiction, and spends a lot of its time hunting for bodies under the cushions so is overjoyed to be hosting a real live crime writer.  I asked Lesley to talk about how she became the prolific writer that she is today .....  and here is her story.

''I’ve been dying to get onto the Pink Sofa for ages. I’ve always liked the look of the cake. And is that red wine hiding behind the chair?

First of all, I’d like to hark back to a previous guest here – Beryl Kingston. I was so pleased that her post had such a terrific response because, you see, Beryl and I have quite a lot of connections. I can’t actually remember when we discovered these, but it was during a phone call years before social media (or any sort of media, actually!) that we suddenly stated saying “No! Really? So did I!”

To start with, we had both lived in Tooting, London, as children. And we had both been – wait for it  - Tooting Carnival Queens! Even odder, Beryl had been teaching at my Grammar School up until I started in the first form. It still strikes me as strange that had it not been for an accident of timing, I could have been taught by someone I now regard as an inspiration and a friend.

As for Carol – years ago, I lived in St Albans, where my eldest daughter was born, and one of my best friends lived in Harpenden, where I used to do my weekly shop in Sainsbury’s. That’s about it as far as we’re concerned.

My own journey to publication – or, rather, novels – is rather mundane. I wish I could present you with a picture of the struggling artist in the attic, but I can’t. Like many writers, I started writing as a child “making” my own books. When I got to about 11 or 12, I was filling Woolworth’s exercise books with pony stories. It never occurred to me that I could make a living writing – I wanted to  be an actor! I started well, debuting on the London stage at the age of 15 playing Laura in The Glass Menagerie, things rather fell off after that. I drifted through modelling, demonstrating, (Kent Hair Brushes, since you ask) disc jockeying in a posh nightclub wearing a silver catsuit and eventually becoming an air stewardess for British Airways in the glory days. At least, I’m told they were. I’ve managed to inveigle my way onto The One Show and The Alan Titchmarsh Show on the back of that.

I married a professional Musician and we duly starved. This was the St Albans era. Eventually, the Musician, who was art school trained, went into magazines. And one day he came home with a large cardboard box, told me to open it, assemble it and write on it and how easy it was. It was one of the first desk top computers, long before Apple or even Amstrad. The magazine was Which Computer, and the Musician was the Art Editor. I was launched on a career as feature writer. 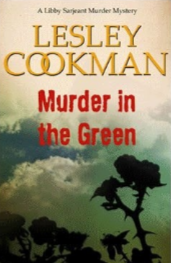 Many years and a few more children later, having discovered a penchant for writing pantomimes (still produced all over Britain each year) and short stories for magazines, I decided to go all highbrow and do an MA in Creative Writing. They were still very new then, and I picked one as far away from home as possible, in Wales. On the same course was a woman called Hazel Cushion, and at the end of the course we decided to produce a charity anthology for Breast Cancer, called Sexy Shorts for Christmas. We did everything between us – I commissioned, edited and typeset, the Musician designed the cover Hazel did everything else and proved to be a very good business woman.

And that was the beginning of Accent Press. Which, of course, is now going strong as a small independent publisher with a number of bestselling titles both in print and ebook. I’m no longer anything to do with the organisation, I simply sit back and write Libby Sarjeant books – up to 15 now – and thank the Lord and little green fishes I met Hazel, as I can afford to eat for the foreseeable future.

Thank you for having me, Carol, and please may I have a top-up? You what? You said you didn’t like red wine... ''