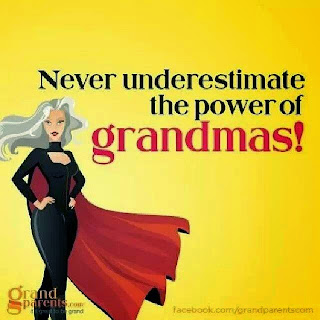 It is amazing how one forgets so many things about bringing up a small child. I know You must be mad produced teeth at some time. She seems to have a full set now, as far as I am aware. I am sure it was horrendous for all concerned, but somehow I forgot HOW horrendous. Until now.

Little G is teething. She is utterly distraught and angry and I am utterly unable to get through to her. Toys are offered and pushed away. Songs are sung but drowned out by the sound of her wailing. Snacks are refused with a brusque headshake and a 'No..no..no'. Cuddles are rejected out of hand.

It is like Baby Jekyll has morphed into Baby Hyde. She glares at me, red cheeked, her eyes streaming and roars her pain into the air. There is nothing I can do. Teething gels are spat out, teething rings are thrown from the buggy in disgust.

Her eyes say: 'make it go away' . Her voice cries: 'I HURT.' This is where reason and logic break down. Her little world has imploded in pain and none of the people she loves seem to know how to make it better.

I can't explain to her that it is only temporary. That ginger biscuits and roast potatoes await. That soon, tomorrow, in a couple of days, she will be over it. That when she is sixteen and going out with her mates, this will not even be a faint memory.

All I can do is lie on the carpet next to her and listen to her rage. And tell her it will get better. Even if she clearly doesn't believe a single word I am saying.