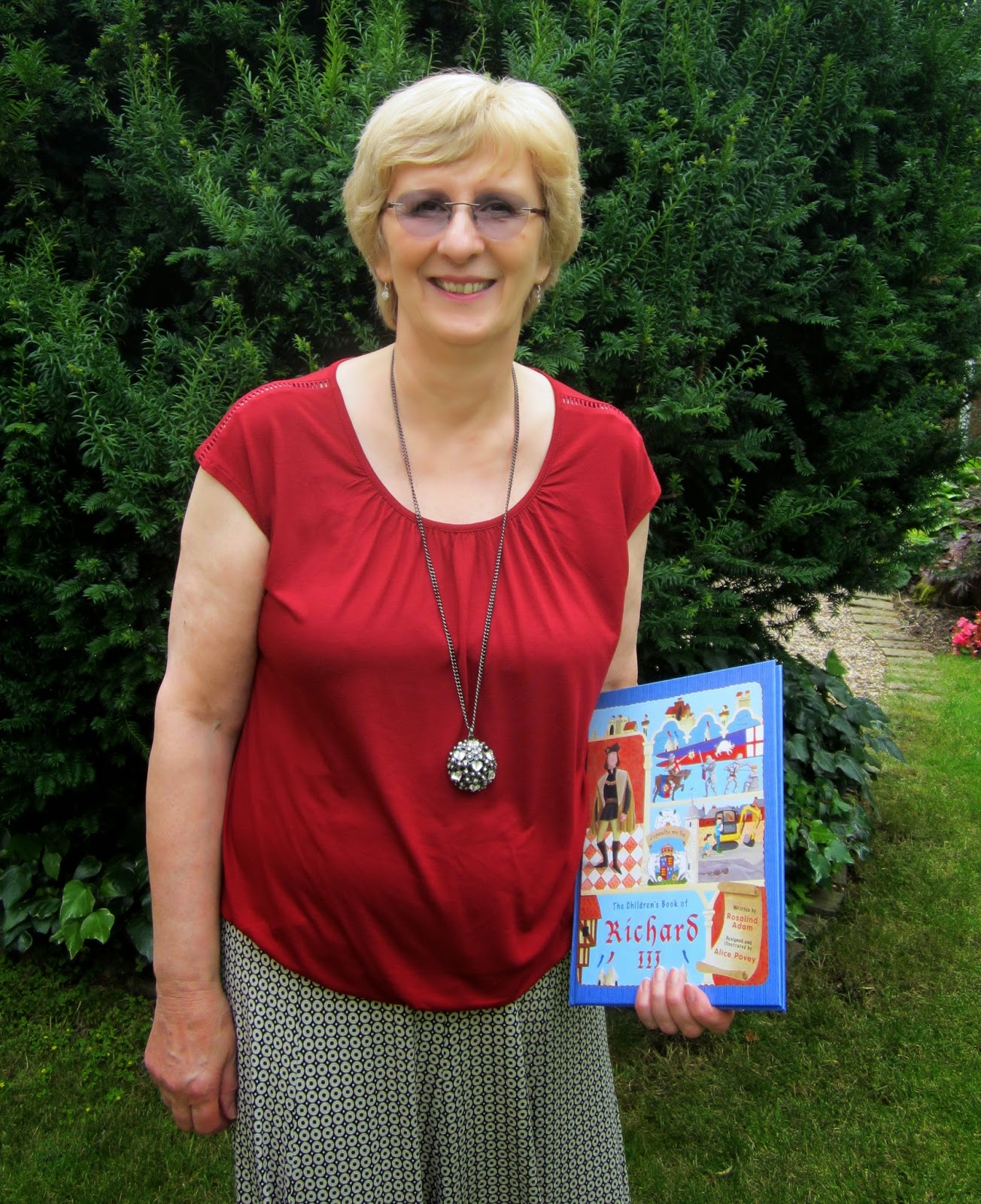 Rosalind Adam is a Twitter friend, fellow blogger, fellow ex-teacher, writer and researcher. She has cats, a great sense of humour and is always there to support and encourage her friends. I am extremely lucky to have met her, and count her as one of my inner circle. So when she announced that she had a new children's book out on Richard the Third, the PINK SOFA, who is in the throes of updating its ''Sofas & Upholstery Through The Ages'' book, insisted she had to pay a visit to the Writing Attic.

''Thank you, Carol, for inviting me onto your squelchy pink sofa. It’s… erm… very pink, isn’t it! And I see you’ve provided a glass of mead to loosen my tongue. *Slurp* Delicious! *hic*

Thank you for your kind words about my new book. I must admit that I’ve had so many positive responses from people since The Children’s Book of Richard III was published but it wasn’t always that way. It is so frustrating that mainstream publishers don’t have the vision to support this kind of project.

When I first had the idea to write a children’s Richard III, I approached the publisher of my Children’s History of Leicester. They couldn’t commit to it. I wrote submissions to all the usual mainstream publishers. Nothing. Even our local literary agent tried but failed to get it placed.

It took the conviction of a children’s bookshop owner, Lynn Moore from The Reading Shop, Oadby, Leicester, to see that this was a highly marketable idea. She put up the money and, in effect, became my publisher. It was the beginning of an excellent business partnership. I settled down to write the book and, being an ex-primary school teacher, I sprinkled in a little science, two sides of an argument, some detective work and I even included a bit of creative writing; a post-battle interview with Leicester’s very own Witch of Daneshill.

Now all I needed was an illustrator and thanks to Twitter I soon found one. Andrea Povey, known on Twitter as @Richard1483, mentioned, during a casual Twitter chat that her daughter, Alice Povey, had recently graduated from university with a degree in illustration, specializing in children’s book illustrations. I knew then that I’d found our illustrator. Isn’t Twitter amazing! 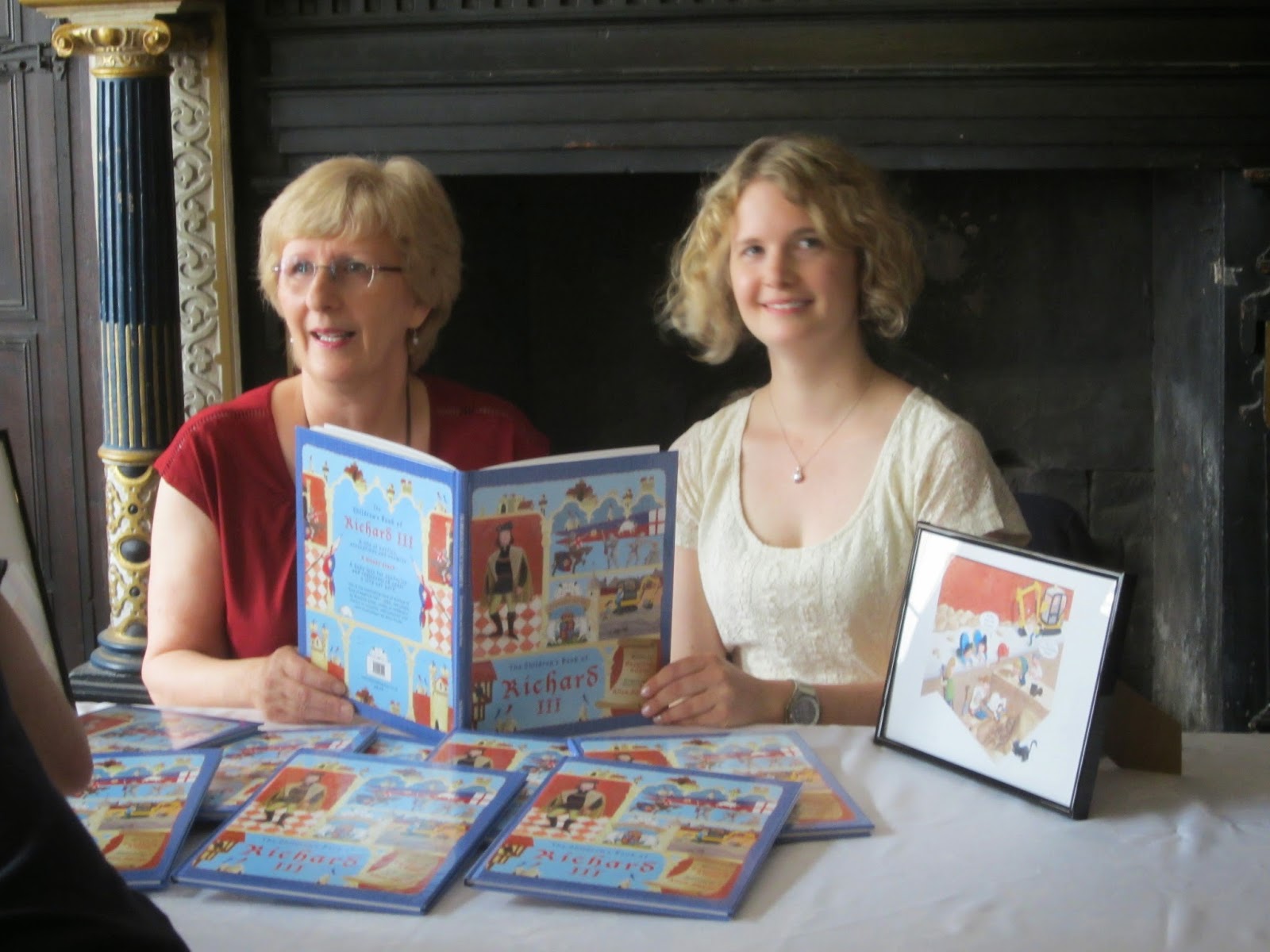 The exciting part of self-publishing was that Alice and myself were free to develop the book in our own way. Lynn took a back seat at this stage, her contribution coming into its own with the checking and proofreading. There were so many things that we had to learn; registering for ISBN numbers, creating the correct number of spreads, liaising with printers, but by far the biggest task is selling and distributing. We made the decision not to put the book on Amazon. I know that a lot of people find Amazon quick and easy to use but Amazon do not offer a fair deal. After working so hard to produce the book why should we let Amazon take the biggest share of the money and leave us with mere pence per book? If everyone accepts Amazon’s terms then, sooner or later, they will destroy all the bookshops, certainly here in the UK, and that would be a truly sad day for us all.

The book is available from The Reading Shop at http://thereadingshop.co.uk but, if you would rather not buy online, a friendly salesperson will take your order and arrange for the book to be delivered by ringing 0116 2717077 during working hours.

Ooh! Carol! I see you’ve already got a copy. Hand it over and I’ll sign it for you. Thank you so much for having me on your very pink sofa. There is just one more thing. I hope you don’t mind me asking but have you got any more of this delicious mead? *hic*''