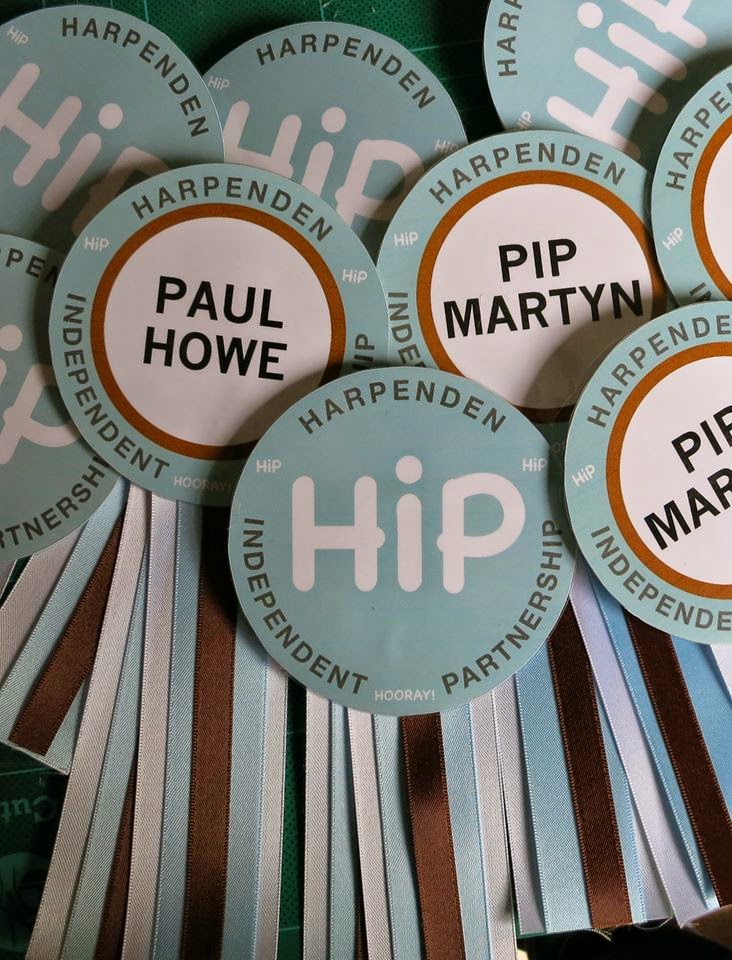 A very frenetic time at Hedges Towers. Those who have been following the co-founding, launching and campaigning of my little local group of indies ... see blog I wrote here, might like to know that we came a respectable fourth in my ward - some confusion occurring as there were 2 Independent candidates standing (one of whom is a crypto-Tory) and a triumphant SECOND in East ward. And this on our very first outing!

Of course such successes could not be allowed to pass unremarked upon, and so Tory ex-Harpenden Town councillor Matthew Peck, who has never met me and wouldn't know me from a bar of soap but loathes me with a deep and abiding passion (yup, I'm baffled too), fired off yet another of his badly worded, grammatically incorrect splenetic rants to the local paper accusing us of being the equivalent of ''3 losers round a coffee table''.

This backfired rather badly, as various people then piled in pointing out that from a standing start one of our candidates got an extraordinary 30% of the vote, so it'd have to be a pretty big coffee table. I emailed the new Harpenden Town mayor, and invited her to distance herself from Mr Peck's drivel. She informed me that she had not met him since he left the council. Tellingly though, she did not openly disagree with his remarks. So much for ''I'm going to give you a voice on the council'', and other conciliatory comments made to us at the count.

On the back of all this excitement, I decided to indulge in a second tattoo, so I now have wild and whirling words tattooed round my left wrist which (as if you didn't know) is from Act 1, Scene 5 of Hamlet. I also have a diamond break which references Diamonds&Dust. I have promised BH that this is my final tattoo so he has been very accommodating about it, given his dislike of tattoos, and we are still together. For now. Mind, he is in no position to kvetch, having accidentally cut through the cable of the electronic hedge cutter the other weekend -  the one I am banned from using in case I accidentally cut through the cable.

See, this is how we roll after 38 years of marriage. Occasionally we have fleetingly wondered what would happen if we weren't together, but we always conclude apart from the fact that, frankly, at our age and given our eccentricities, nobody in their right mind would want us, at the end of the day we do have a lot of fun. Generally at each other's expense, which is as good a basis for a long and happy marriage as any other.

Finally, another milestone has been reached: This blog has just passed its second birthday, an amazing feat given that it means I have written over 100 pieces since its inception in 2012. The thought of another 100 pieces is a tad daunting, I confess. Though as my intermittent Twitter troll remarked the other day: 'I've been reading a bit of your blog. I don't know why you bother.'
He may have a point ...

If you would like to read a free sample of Diamonds&Dust, A Victorian Murder Mystery, you can do so HERE. US readers can do so HERE
Posted by Carol Hedges at 23:38