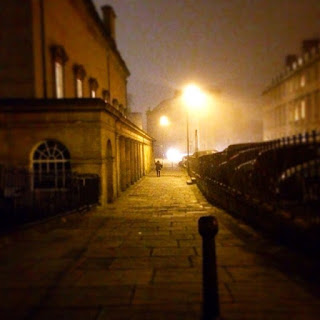 ''A starry night. Both above and below, for at their brightly-lit Park Lane town house, Sir William Snellgrove and his elegant wife Lady Harriet are holding a party. This lavish event is taking place just a stone's throw away from some of the worst slum dwellings in London, where families live ten to a room in damp crumbling buildings, sleeping on soiled straw or nothing, burning floorboards for heat and using the gap underneath as a toilet.'' Diamonds & Dust


1860's London was a city of vast contrasts. Beautiful, elegant Georgian or Palladian squares housed virtually gated communities, with Watch Boxes at each corner manned by policemen, to keep out non-residents. Many other Londoners were crammed into buildings that had survived the Great Fire, or had been thrown up by speculators to meet the needs of the thousands of incomers, Irish, Jewish, Italian and French who flooded into the city from abroad or from the countryside to work in the shops, factories and 'dark Satanic' mills of the great metropolis.

In each of my Victorian novels, various authentic locations are used to set the story in its time. Many of them still survive, almost as they may have looked at the time. The terrible overcrowded slums and rookeries have all gone ... though it is a moot point whether they are creeping back, in the form of  ''beds in sheds'' housing a new wave of desperately poor immigrants seeking work and a better life.

Russell Square is where Romanian Countess Eleanore von Schwartzenburg stayed on her visit to the city, and where she met her gruesome end. In 1860 it contained ''grand terraced houses where the bankers,the merchants, the Sirs and my noble Lords lived. Green painted iron railings surround the plane-tree'd gardens, the statue of Lord Bedford at the centre and the pump on the east side''
The Square still has its plane-treed gardens, but the statue has been moved to the south entrance.


The book follows the fortunes of three women. The youngest, 18 year old Josephine King, lives in ''St John's Wood, with its fashionable and shabby-chic villas''. At the time, the district was known as ''The wicked wood'' for its louche and slightly bohemian inhabitants - intellectuals and the newly monied whose morals and lifestyle were a little more relaxed and unbuttoned than the class above it. The houses had been built as the city extended northwards.
.


Both St John's Wood and nearby Maida Vale were notorious for prostitutes - not the shabby street girls of the Haymarket, but established mistresses of well to do men. They lived in little villas, rented or bought for them by their lovers. The fictitious Endell Terrace, home of the prostitute Lilith Marks who makes an appearance in all three books, is described as: 'a row of modern whitewashed villas, with black wrought-iron railings at the front. Several villas have canopied walkways that lead from the front door to the gate, discreetly screening visitors from prying eyes.'' Diamonds&Dust

That these locations survive to this day is testament to the wealth or gentility of the people who lived there. The Victorians had an effective method of slum clearance - they pulled down the houses, often to make way for railways, which all throughout the1860s turned much of London into one big building site. The residents were not re-housed, merely turned out onto the streets to find alternative accommodation wherever they could - much like the ''Bedroom Tax'' has forced many families to do today.

A poor area still exists, though not in its original form. Carnaby Street, once part of a notorious rookery lies behind Oxford Street. In the 1860s it housed many seamstresses and home workers who served the new big department stores in Regent Street, existing on poverty wages so that the affluent classes could purchase the luxury items for sale. In one book, Isabella Thorpe orders a beautiful evening dress from one such store, demanding that it will be ready to wear next day: ''She does not know that the job of sewing the underskirts will be given to a thinly-clad young woman in a slum attic in Carnaby Street. They will be carefully checked for bugs and fleas upon delivery.''
Diamonds & Dust

For anybody visiting London, there is a wealth of wonderful Victorian buildings to see. I recommend taking a bus ride to the West End - top deck for preference. You cannot fail to be amazed by the wonderful mix of architectural styles. The Victorians built stuff to last. From high class shopping parade to sewers, they have left their mark everywhere.