Reigning On My Parade 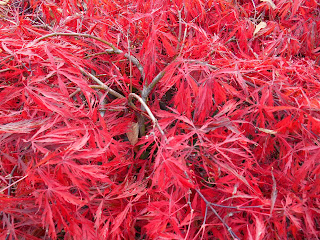 Excitement is building at Hedges Towers. It is three weeks until the official Facebook launch of Diamonds & Dust: A Victorian Murder Mystery (publ. Crooked Cat Books) and suddenly, the reality that it is actually going to happen is dawning. This book is special for many reasons. It is my twelfth published novel (I have loads of unpublished ones). It is my first adult novel, as opposed to the teenage and YA fiction I have previously written. It is also the 'unexpected' book - in that, despite writing a novel a year, I had not been able to break back into mainstream publishing since 2008, when Usborne decided not to publish any more Spy Girl books.

Unexpected also, as those of you who are aware of the back story know, because prior to placing it with Crooked Cat, I parted company with my agent, who had told me that there was no market for this book, so she was not going to bother sending it out to publishers; comments that resulted in my almost losing heart and deciding to give up writing altogether. Take whatever lesson you wish to learn from this.

So, apart from sorting out the party fairy lights and discovering they don't work because one of the bulbs has blown, ordering in crates of prosecco and wrapping crepe paper streamers round the PINK SOFA who has been in launch mode since the summer, I am also gearing up for some publicity, because I have promised the family that there will be a villa in Tuscany and a black Maserati from the profits.

There are a couple of myths currently going round about publicity. The first says that mainstream published writers don't have to do much if any publicity, as they have marketing wonks to do it instead. Wrong. If you read last week's blog, where best-selling author Kate Long talked about her writing, you will see I asked her that exact question. You can read her reply here.

My own experience, based on OUP and Usborne, my two previous publishers, is that at my level of importance, publicity wonks will send your book out for review, feature you in the publisher's catalogue, and produce press releases, but that's pretty well it. The rest you sort yourself, unless you are a 'famous or favoured writer' - of which more anon. Sometimes, they don't even do that - one year, I was told by OUP that they were going to spend the entire marketing budget on a couple of well known childrens' writers who brought in more money than a mid-lister like me. Seriously.

The other myth is that 'popular' mainstream authors get taken on lovely trips and outings to promote their books. Hollow laughter. I recently caught up with one such writer, just back from the US. It was a nightmare. Meetings with publishers, followed by book talks, followed by signings, followed by working dinners, followed by total exhaustion. And one of the famous OUP writers I mentioned earlier didn't get to write a thing for two years, had a nervous breakdown, and had to force herself to inch back into writing again. So there you are. Myths well and truly busted. Next week, I shall explore some of the publicity portals just waiting to be explored, and how I hope to use them without annoying all of you too excessively.